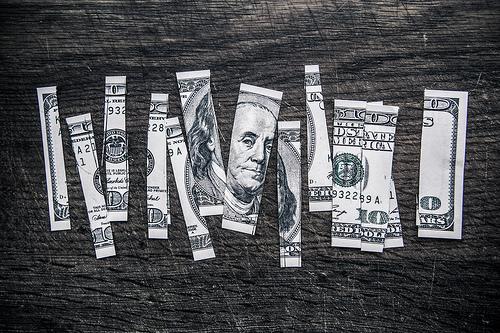 A student fee increase of $5.75 per credit hour was proposed to the Student Fee Review Board April 15.

The increase, which for a student taking 15 credit hours amounts to an additional $86.25 per semester, will pay for an addition to the Warner College of Natural Resources and a new Biology building.

After approval through the University Facility Fee Advisory Board, the proposed per-semester fee increase now must pass through the Student Fee Review Board before it becomes part of Tony Frank’s final budget and is proposed to the Board of Governors.

The UFFAB proposal to SFRB would allocate 24 cents of the $5.75 fee increase for a Natural Resources Auditorium, covering all of the $2.1 million required to pay for the Warner College of Natural Resources addition. The remaining $5.51 would be allocated for 70 percent, or $57 million, of the $81.6 million biology building project.

SFRB members raised various concerns during UFFAB’s presentation, including whether all students should be responsible for paying for college-specific buildings and why these projects are necessary before other on-campus needs.

UFFAB member Matt Lancto, who voted against the fee increase, spoke at the meeting about why as a liberal arts college representative, he does not support these proposed projects.

“I basically voted against (the increase) because I saw it as against the interests of my student body,” Lancto said. “What you’ve got to consider is that this fee increase is going to lock up these UFFAB funds for at least the next couple years, at least — and Clark C is in just as bad of a way, if not worse than (Anatomy and Zoology). We see just as many students, and we’re also the biggest college on campus.”

Lexi Evans, UFFAB vice chair, said that she voted in favor of the proposed fee increase and the projects it will support because, like in the BSB, there will be space utilized by all students.

“I’ve never taken an actual course in BSB, and I spend more time there then I’d care to admit. If you foster these spaces for students, regardless of academics they’re going to be in those spaces,” Evans said. “You spend so much money to go to school here, the facilities you spend your time in should stay on par.”

Jenna Muniz, UFFAB chair, agreed with Evans about the necessity for general study space, and said that she voted in favor of the increase because of the importance of leaving an on-campus legacy.

“In the College of Business I have those areas, and someone before me paid student fees that paid for that that I did not, and I think that’s the case for everyone in this room,” Muniz said. “We’re all benefitting from student fees that other students have paid, unfortunately that’s just the way that a lot of this funding goes … as student leaders on this campus, we’re always having to constantly be thinking about other students on campus and who’s to follow us.”

SFRB will decide on the proposed fee increase next week in their meeting April 22 at 4:30 p.m. in the upper Rec Center conference room.

Collegian Reporter Ellie Mulder can be reached at news@collegian.com