Implications of illegal downloading and torrenting at CSU 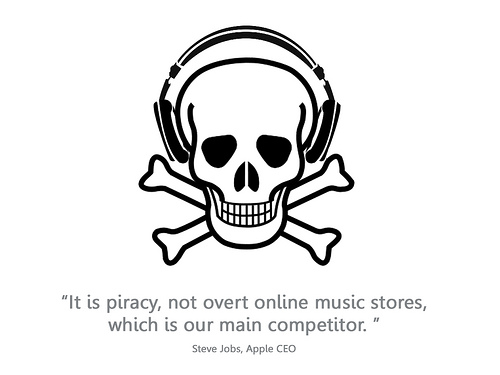 Many students utilize websites to illegally download music, movies and TV shows to save a few bucks, without realizing they could end up paying a much bigger price.

According to the File Sharing Guidelines posted on the CSU Housing and Dining Services website, “A first time violation of the DMCA law commonly results in a notification to remove the offending computing device from the university’s network, but can be punishable by up to 3 years in prison and $250,000 in fines.”

Brendan Moran, a senior civil engineering major, said that a large number of his friends participate in this activity.

Moran believes that a common misconception about illegal downloads is that people are regularly being punished for the activity.

“The overwhelming majority of people do it throughout their lives without major repercussions,” Moran said.

Nick Bodmer, assistant coordinator for the Academic Computing and Networking Services, or ACNS Office, explained that most students torrent movies and TV shows that have recently come out, which is an infringement on the copyright of the University. CSU uses a monitoring company to oversee the actions taking place on the CSU Network, which allows the University to avoid getting sued.

Bodmer explained that many people think that downloading the content is the illegal activity, when in reality it is the redistribution of the file that violates copyright laws.

“Torrenting is a process that involves downloading and uploading a file at the same time,” Bodmer said. “When you begin distributing that file that you don’t own, that is when it becomes illegal.”

When a student is caught for misuse, they are denied access to the CSU network and must bring their computer to the CSU Computer Diagnostics Center at the Morgan Library to remove the block.

According to Bodmer, computers that are brought to the ACNS Office are cleared of the block and scanned for viruses. Then the torrenting software is removed in order to “verify that computer is no longer uploading content to other users.”

Amanda Grillo, a junior business major, was caught for illegally downloading music in the dorms her freshman year. She said that they put a block on her computer and that she had to pay a fee to remove it.

“I don’t think I have done it since,” Grillo said.

Grillo explained that she was not really deterred by the school, but more so because she does not want to mess up her computer.

CSU uses a three-strike system when it comes to misuse of the network. With the first offense, there is a $45 service charge for scanning and clearing the computer, the second is $100 charge and the third instance results in permanent termination from the CSU network.

According to Bodmer, most traffic happens within the first two weeks of every semester, but violations are not common, with around a dozen cases every semester.

“We almost never have the same person come in twice,” Bodmer said.

Moran gained computer knowledge from his father who was a network engineer and explained that to his knowledge, there are ways to get around getting caught on the CSU network through programs that limit the speed and number of connections a computer makes.

For this reason, Moran believes the number of students who get caught “isn’t representative of the number of people who are actually doing it.”

Bodmer believes that most students understand the risks involved with torrenting, but don’t always realize the possible ramifications of what they are doing. Therefore, he believes the system used by CSU is effective.

“It is much better to get a slap on the wrist and pay $45  than get a lawsuit,” Bodmer said.

For more information visit housing.colostate.edu/file-sharing-guidelines or call Technology Services at (970) 491-4734.