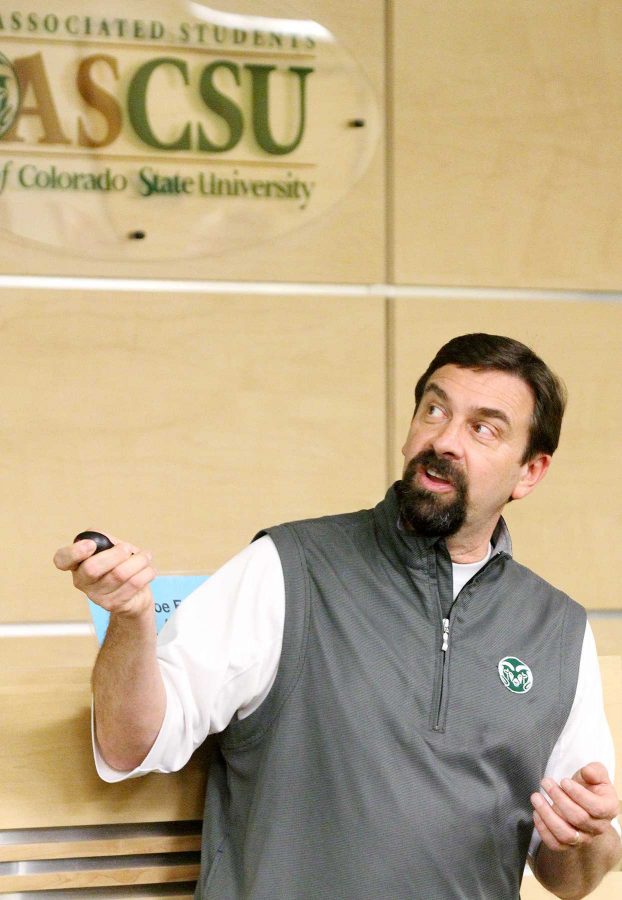 Colorado State President Tony Frank speaks to the senate about tuition Wednesday evening in the Lory Student Center. Frank mentioned that last year was the first year that the university made more money from private donations than from government funding. 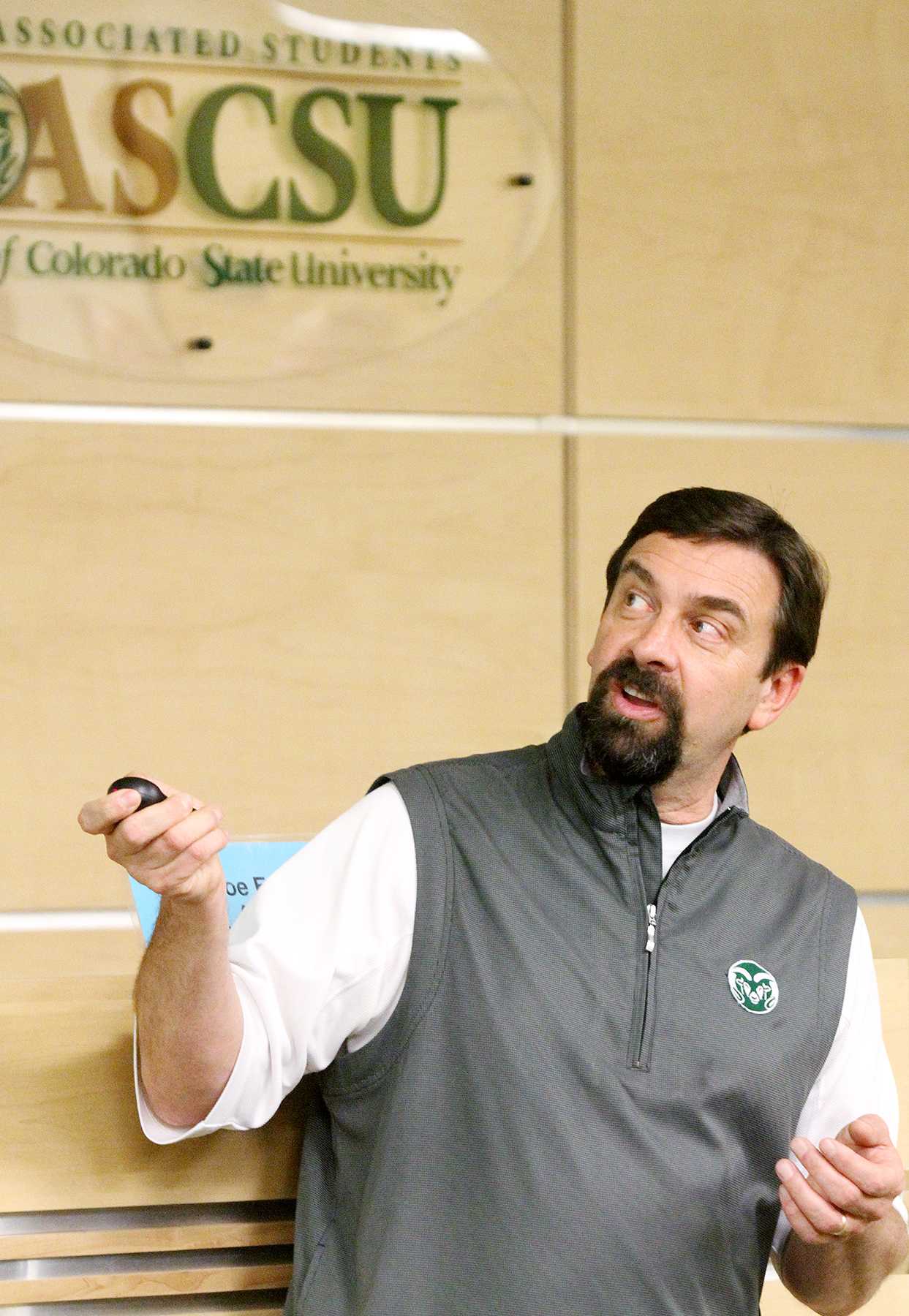 In a Q&A with various CSU student organizations on April 2, Tony Frank spoke about issues such as the campus budget, allocation of state funding and the current progress of the new stadium.

“The problem will be, I think, on the fundraising side. At this point in time we’re not quite to the halfway mark,” Frank said. “I’m not going to sit here today and tell you that ‘We’re not going to make it, it’s not going to get there.’ But, it is going more slowly than I would have liked.”

Currently the University is in the design/development phase of creating plans for the new stadium, according to Frank. He said he anticipates this phase to be completed by this summer, after which the University will know if the design needs to be modified to accommodate safety or community concerns.

“(This is) the period where we get even more specific about the basic layout of the building and a lot of things like how it fits in with the campus,” Frank said. “This is the place where we really dig down into the meat of ‘If we go this, what are the impacts on the surrounding area?’”

Besides the stadium, Frank also discussed issues such as higher education funding.

Of the $60 million state-funded higher education budget to be allocated to universities, CSU is expected to receive $12 million, according to Frank. Of that, $10.8 million will go directly to CSU’s Fort Collins campus. An additional $40 million will also come from the state to fund Colorado higher education financial aid.

Goals have also been set for the CSU Fort Collins campus budget and tuition increases.

“We’ve been budgeting for a 5 percent tuition increase, with the fee increases which include the already-existing, already-approved Lory Student Center fee increase that goes into effect next year,” Frank said. “If those fees are approved as they’re being discussed now, the total tuition and fee package will be (increased by) 6.2 percent, so I think very much within the spirit and the scope of what the governor’s office was after.”

After speaking on a variety of topics, Frank allowed for questions from the audience. John Stockley, ASCSU Chief of Staff, was one of the students able to ask Frank a question. He said that these forums with Frank are valuable.

“It’s something that doesn’t happen all the time, that you get to talk to the president of the university, especially around issues that are so important,” Stockley said. “We have a lot of questions about fee increases that are coming up for this year and next year, and the stadium question that’s been around for a number of years. To be able to talk one-on-one and get some clarification on those kinds of issues is huge.”