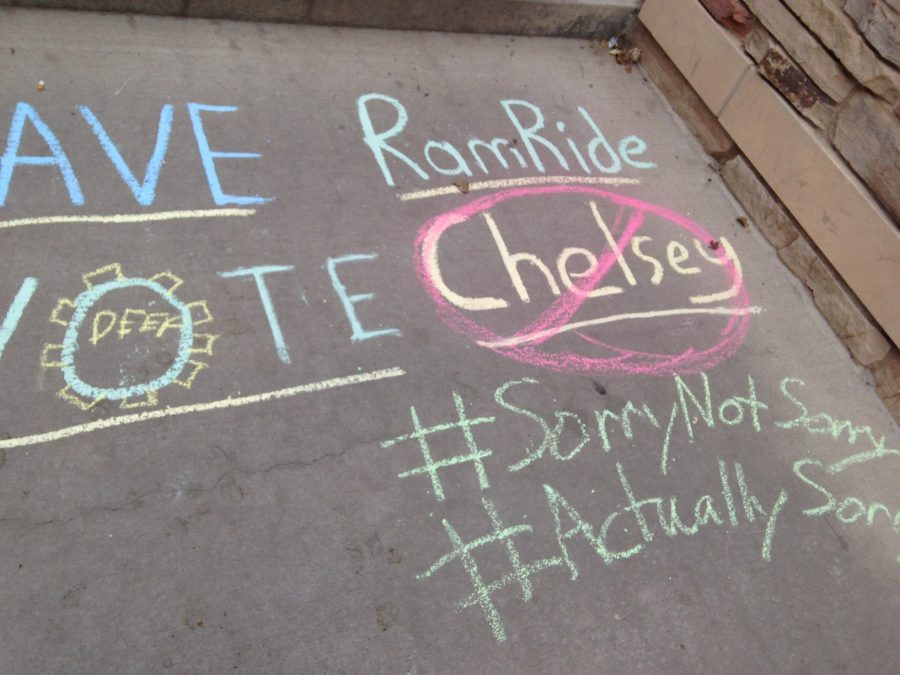 The Badhesha Campaign was suspended over admitted vandalism against Green's campaign. Badhesha's campaign was also fined $525 for the incident.

Associated Students of CSU presidential candidate Deep Badhesha and running mate Naomi Lyle were suspended for 32 hours and fined $535 due to an act of vandalism against another campaign.

The elections committee decided to suspend the campaign and fine it due to multiple accounts of vandalism towards Chelsey Green’s chalk slogans that Green claims cost her a day’s worth of campaigning.

The witness statement given by Elections Manager Lexi Evans stated accounts of both vandalism and slander (sic) over Chelsey’s approved slogan “Save RamRide, Vote Chelsey.”

“We have decided that this is in violation with our ASCSU Code of Ethics,” Evans said.

Fines were given for individual alterations of the chalked signs. Some accounts included crossing out Green’s name, drawing the Badhesha’s gear symbol over letters in Green’s name, and the phrase, “(If) Chelsey really cared about RamRide she’d keep her job.”

The suspension is an all-inclusive ban from campaigning for the Badhesha campaign, which includes media, signs and apparel. Campaigns are only expelled if they spend over their allotted $2,000, including fines.

The suspension will lift Wednesday at 8:00 a.m. Students will still be allowed to vote for the Badhesha campaign for the remainder of the election while they are under suspension.