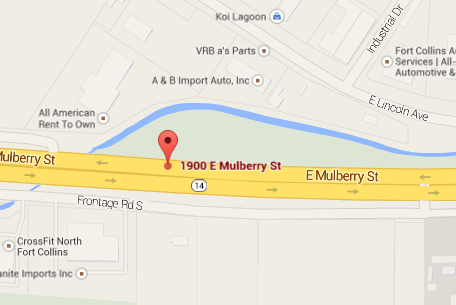 Update: The deceased body found on Wednesday March 5 near the 1900 block of East Mulberry Street has been identified as Ryan Roark-Hutt, a local of Fort Collins. Based on an autopsy preformed by forensic pathologist, James Wilkerson, the cause of death is drowning. At this time, there is no evidence of a hit and run.

Original story: According to a statement released by Larimer County Sheriff’s Office, at 3:26 p.m., Wednesday, March 5 LCSO received a call about an individual discovering a body in the 1900 block of East Mulberry Street in Fort Collins. LCSO arrived at the scene of an unattended death of an adult male. Preliminary investigations do not suggest anything criminal at this time, but the investigation is pending results from the coroner’s autopsy. The identity as well as the cause of death were not available as of Wednesday evening.

Refresh page if map does not appear.