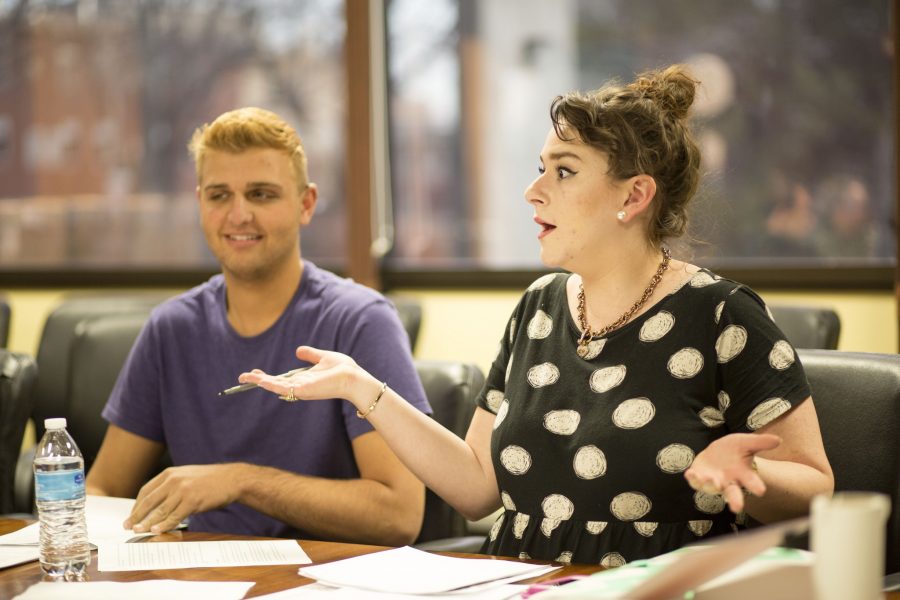 Two days into the ASCSU presidential election, and three out of four campaigns have received warnings — mostly of a minor nature.

Candidate Alexander Corona and Iris Hentze received a warning for failing to account for a candy donation price, after the election committee evaluated their campaign assets.

According the election committee, the candy offense was minor and would give Corona and Hentze their first warning.

“It was minor, it’s not like it would be a huge expense anyway,” said committee member Eric Lewis.

Green and Webb had a campaign sign placed in the library by Webb’s boss, which was in a “heavily trafficked” area.

Up until this point, ASCSU elections have dubbed the library as a neutral location during campaigning, due to it being a “studying sanctuary.”

Because there will be voting inside the library, the committee thought Green and Webb’s sign placement gave an unfair advantage and gave the campaign a warning.

Li Puma also claimed that Green’s campaign signs were still up after the 4:00 p.m. deadline.

However, there is no rule in the election committee of such sign deadlines.

Although not present, candidates Deep Badhesha and Naomi Lyle also received warnings from the committee after pre-campaign and sign proximity violations, issues which Badhesha had brought to the committee’s attention.

As complaints are brought to the committee’s attention, rules and guidelines for campaigning can be influx as the election committee adjusts issues as they are brought up.

“For at least the first few days, you’re going to have to bear with us,” said election manager Lexi Evans.

The committee will hold its next meeting Thursday the 27th at 7:00 p.m. in room 100 of the Warner College of Natural Resources.

Collegian Features Reporter Hannah Hemperly can be reached at news@collegian.com.