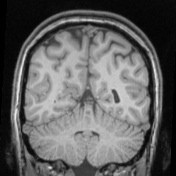 Brain-computer interface is technology that brings imagination to life. Chuck Anderson, computer science professor at CSU, and his colleagues are working on ways to turn thoughts into computerized action.

BCI has many possible applications, according to Anderson. Among them are video games and tracking targets in the military. A team at Harvard has created a way for a human to move a rat’s tail through a BCI setup. But Anderson said BCI is not about mind control.

“It’s not mind reading and it’s not mind control. It’s much more primitive, much simpler than that,” Anderson said.

Anderson’s group aims to help people with disabilities function in daily activities. He explained that BCI works by using a cap, called an EEG, that can measure electrical activity in the brain. They program a computer to recognize that activity, and the computer can respond with a pre-determined action that matches.

“We take the brain activity from an EEG and through computer programming we’re able to turn features of the EEG into a signal that’s sent out to run an electronic device,” said Patricia Davies, a professor in occupational therapy and co-investigator on the BCI project.

Davies explained that each thought will have a different pattern on the EEG, and then they are able to translate the thought-patterns into movements on the computer.

“We’re trying to find algorithms that are better for people with disabilities, ultimately who this technology is being made for to help them do everyday activities,” Davies said.

The group is optimistic that this technology will be used to help clients with disabilities soon.

“I think of near and far term goals,” said Elliott Forney, a graduate student working with Anderson. “In the near term I think this technology is really for people who don’t have any other option… this would really be helping people who can’t communicate.”

Anderson explained that the group would like to detect any of a number of tasks that people do on the EEG. The problem is that there is a lot of variability among subjects and their different brain patterns.

“We don’t know enough about the brain to know how to read those signals,” Anderson said.

Even so, the group has already seen results from studies. Eventually they hope this technology will replace other types of motorized wheelchairs and communication devices.

“This is technology for when people are locked in and can’t communicate. We hope to advance this technology to be able to cater to those populations and help them lead a higher quality of life,” The said.