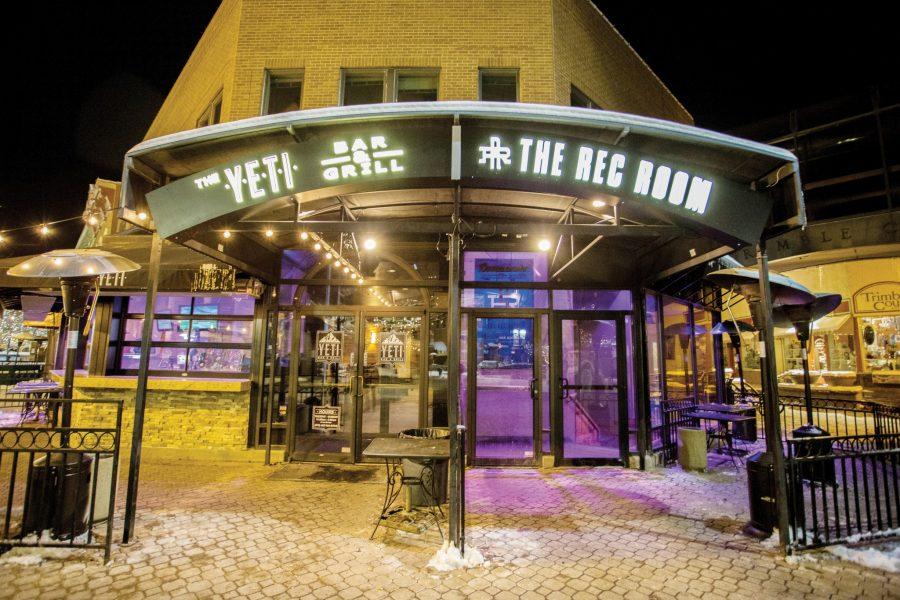 The Rec Room, a popular bar and nightclub in Old Town, has been under heavy fire recently after several accusations of racial profiling began to surface in the Fort Collins community and online.

Ten individuals spoke on record to the Collegian and said that they had witnessed racial profiling at the Rec Room, or had been subjected to it. Seven sources said that they had experienced the profiling first hand in four unrelated incidents. Three sources came forward as witnesses to two of the four.

According to several sources, they observed a disproportionate number of non-white patrons getting denied compared to those who identify as white, regardless of what they had been wearing.

According to Joel Lobo, a senior apparel design and merchandising major, he didn’t think anything of it when he was turned away at the door on Jan. 17. However, after waiting for a friend, he began to notice something out of place.

“(The bouncer) told me that I could not go in because I was wearing black pants and that black pants were not allowed in the place,” Lobo said. “And while I’m waiting for my friend (to come outside) I’m seeing people with black pants go in, and black leggings, too.”

Lobo told the Collegian that according to the bouncer at the door, as well as the manager that night, that he had been denied based on dress code policy.  Lobo began to get suspicious, however, after he started noticing a connection between himself and the other patrons who were turned away – they were all people of color. Lobo identifies himself as Indian and Spanish-Portuguese.

“For like 15-20 minutes we were waiting there and I’m just observing these people get turned away and I’m like, ‘They only have one thing in common and it’s not their dress code,” he said.

Michael Campana, owner of Yeti, the Rec Room and the Drunken Monkey, refused to comment.

Ray Martinez, a public relations representative for the Rec Room and former mayor of Fort Collins, said the bouncers were simply following dress code procedures. Martinez said he thinks that the accusations of racism have been hyped up.

“I think if we really look inside the story you’ll find out that really what it is is that some people really object to the dress code — and there is a dress code,” Martinez said. “Any allegations of racism without merit and truth is really subjective to the person who probably objects to the dress code.”

Matt Nabers, a senior health and exercise science major, was a Rec Room patron the night that Lobo was denied. Nabers did not see what happened to Lobo, but witnessed the same thing happen and said that he felt outraged by what he saw.

Nabers, a white male, stated that after waiting in line at the Rec Room and being granted access, two of his friends, both African Americans, were denied — one for wearing a leather jacket and the other for wearing a chain. According to Nabers, even after offering to take off the items, the bouncers would still not grant them access into the bar.

Nabers said that he had witnessed similar encounters before, but had never thought anything of it until that night.

“This time it was pretty blatantly obvious that (the bouncer) was just straight up profiling people and I got pretty mad and started questioning the guy right there.”

Fayiz Maghoub, a senior biology major and Nabers’ friend who had been denied for the leather jacket, says that the interaction has changed his view on the Rec Room and he does not believe he will be returning to the bar.

“I felt kind of confused and really didn’t digest it right then because it was so bizarre and it wasn’t something that I had ever experienced before,” he said. “I was really upset because of how they were profiling people right there.”

When approached by Collegian reporters, the bouncers at the door refused to comment. One manager, who refused to give his name, did say that he and the other managers did not want to be associated with racism.

According to Martinez, the dress code policy was designed to prevent disturbances and conflicts for Rec Room patrons such as the concealment of weapons, personal liquor and gang attire.

“It’s what the establishment considers it to be. And obviously gang attire can change from year to year from fashion to fashion so it depends on what the make-up for gang attire is for that time,” Martinez said when asked to define gang attire.

The Rec Room, formerly known as 100 Octane, re-opened in August of 2013 after receiving a facelift. Complaints began to arise shortly after the renovations and the installment of the dress code policy.

Tune in to CTV Channel 11 tonight at 8 p.m. to see the video testimonials from our sources and interview with Ray Martinez.

Collegian City Reporter Natasha Leadem can be reached at news@collegian.com.

Shortly after communication with the Collegian, the Yeti @ The Rec Room has since has posted their dress code outside the establishment.  Check it out, here.