From surviving suicide bombings to teaching at CSU 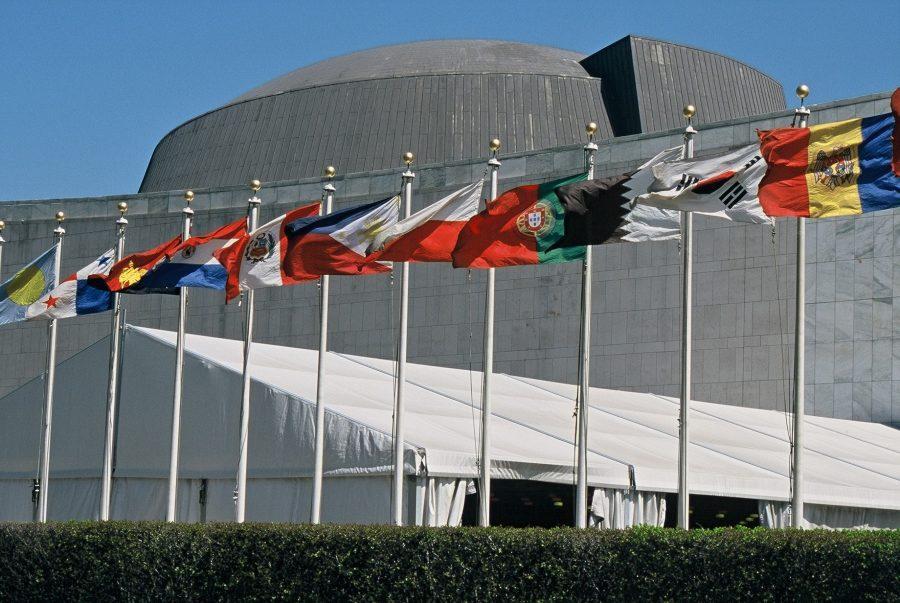 As smoke swirled around him, citizens ran screaming from the bus that was enveloped in flames. Martin Widzer, a political science professor at CSU, was victim to a suicide bus bombing during his travels throughout the Middle East.

“It was something that happened all the time,” Widzer said.

From a community college in Santa Monica to the Center of Terrorism and Intelligence Studies in Washington D.C., Widzer has now relocated to Colorado where he is currently employed as a professor at CSU and is obtaining his Ph.D through the University of Denver, furthering his studying in international relations.

In his younger years, Widzer was intrigued in the world beyond the United States.

“Actually I knew I was interested in international relations from a very early age. I remember watching Walter Cronkite with my grandfather every evening (he of course had veto power over the television control so I had no choice) and being fascinated by the intricacies of foreign policy,” Widzer said.

According to Widzer he was probably the only nine-year-old to know about Nixon’s dialogue to open communication with China.

“I understood that it was meant to ‘bring China to our side’ and that ping-pong bridge cultural differences and thus serve as a mechanism for abating mistrust,” Widzer said.

After being accepted to a study abroad program in Israel as a young adult, his life would further change into one consumed with politics, peacekeeping and the security of our nation.

Widzer said his eyes were opened during his time abroad. Being witness to the religious chaos and the turbulent lives everyday citizens lived provided him an insight unique to that of his contemporaries.

After being kicked out of his abroad program, he started working at a bar. Seeing the amount of cash flow rolling in led him to decide to open his own bar in Tel Aviv, Israel.

“It was about three years into that trip that the suicide bombing happened. From 1993 – 1996 numerous other incidents occurred; sometimes on a daily basis — many of which happened in the immediate vicinity of my home in downtown Tel Aviv,” Widzer said.

The suicide bombing that Widzer witnessed was executed by a 24-year-old Hamas militant from Ramallah. This was part of a series of similar attacks that were organized in order to deconstruct the Oslo Peace process.

With all the political movements and peace processes occurring throughout the Middle East, Widzer said he decided to go back to school in the US for a degree in government and international relations.

After graduating, Widzer found himself working for the United Nations office of Disarmament Affairs in New York City.

“It was dumb luck,” Widzer said.

According to Widzer, the United Nations is a great way to form conversations and create cooperation between nations — an invaluable tool to confronting global issues through politics.

“We would host for civil societies and government affairs and then on a higher level we would facilitate forms and create pre-negotiations between governments,” Widzer said.

The process entailed trying to get various governments to sign a treaty under their best interests, whereas the ultimate goal was nuclear disarmament along with other weapons.

While working on a team to design a treaty in 2001, Widzer said that his job would be exciting and exhilarating one day and a waiting process the next. It took 12 years for the governments involved to agree to the treaty.

“We would try to get governments to understand this treaty was in their best interest, but everything was a process in itself,” Widzer said.

Despite his extensive work in international relations, Widzer said he finds his work with Search for Common Ground to be his greatest accomplishment.

The Search for Common Ground organization focuses on peace building across nations, providing education at the local level, putting on film festivals, conferences as well as having their own news service.

Several months into the job, he was offered the assistant position to help assemble a Search for Common Ground in Jerusalem. The program brought together government representation from Israelis, Jordanians and Palestinians to create conversation. The program would focus on joint emergency response in the areas along with the efforts which would go into the response.

“I lived in downtown Jerusalem 2003-2005 in which I witnessed one of the above mentioned incidents and narrowly escaped another,” Widzer said.

Aside from that incident, Widzer personally witnessed the immediate aftermath of at least three other suicide bombings while narrowly escaping being the victim of at least one other.

“Common Ground was much more fast pace, dealing with the actual parties, being able to facilitate the conversation between them — decisions were made quickly, rather than that I had experienced in the UN with disarmament affairs,” Widzer said.

After working with Search for Common Ground, Widzer transferred to working for the Center for Terrorism and Intelligence Studies (CDAS) located in Washington D.C.. He said he had always had an interest in security and working at the CDAS allowed him to analyze data.

“We are good at catching terrorists,” Widzer said.

After Widzer completes his doctorates, he said he plans to return to working intelligence — analyzing and collecting data coming in and out of the United States.