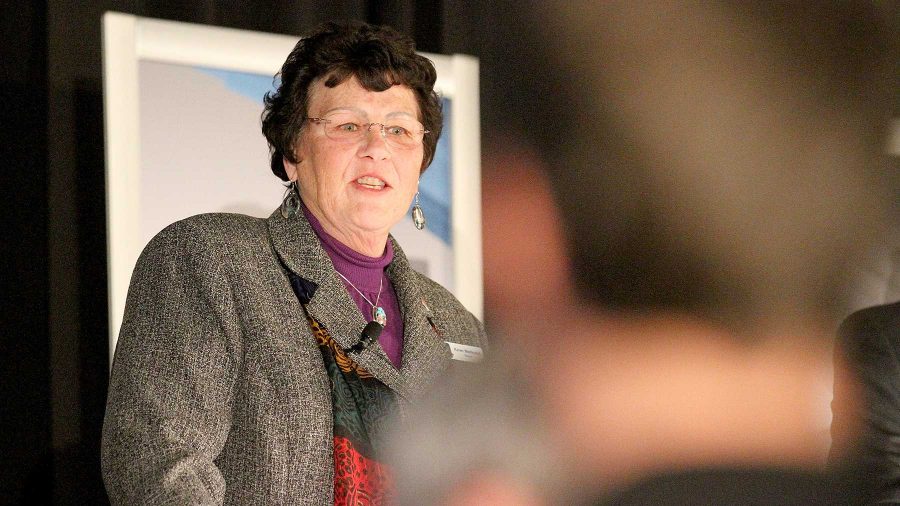 Mayor Karen Weitkunat delivers the State of the City Address at the Fort Collins Museum of Discovery Tuesday evening to a captive audience. The Address had a successful turnout with many smiling faces.

The committee will assess the interests of both Fort Collins and the CSU community when making decisions regarding an on-campus stadium. A Fort Collins Police Department representative will join Cuniff and Weitkunat.

“Because of the political nature of this, and because of the strong interest that the citizens have been expressing in having one of their elected officials representing on this, I think it should be a council person, and I am certainly willing to serve,” Cuniff said.

Despite the committee position, the council admits that it possesses little direct power to change CSU’s decisions outside of utilities and influence.

Several community members spoke at last night’s committee meeting to express concerns about the interests of the city being protected as CSU stadium decisions are made.

“The impacts of an on-campus stadium are potentially major, and the council representative to the new development advisory committee should be a person who is well-versed on the history and the facts about the project, someone who has been interested in protecting the neighborhoods that surround the campus,” said Linda Vrooman, community member who spoke regarding the stadium proposal for two years.

City Manager Darin Atteberry repeated to the council a text he received from CSU President Tony Frank who agreed with the council that city representation is important to the creation of the CSU on-campus stadium.

“After discussing the issue, we’re comfortable that the city’s representation through the Fort Collins Police Department and one additional representative maintains balance for our open communications,” Frank wrote to Atteberry.

Collegian Reporter Ellie Mulder can be reached at news@collegian.com