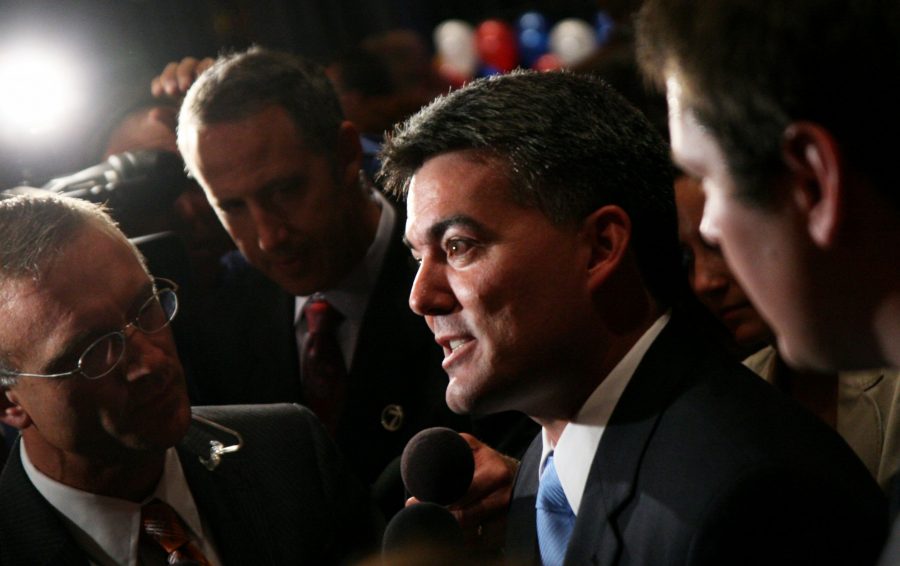 Cory Gardner talks with reporters after being elected to the U.S. Congress Tuesday night. Gardner edged out Betsy Markey for the position.

“Given Republicans’ backroom wheeling and dealing, Coloradans will see that Cory Gardner is simply a Ken Buck-radical who is neck deep in Washington sleaze. Gardner is just another reckless House Republican when it comes to dismantling Social Security and Medicare, banning abortion and many types of birth control, and irresponsibly putting our economy at risk to advance his political agenda,” said Colorado Democratic Party Chairman Rick Palacio in a press release sent shortly after news of Gardner’s decision broke.

On Feb. 6, a Quinnipiac University poll showed Udall was facing an already tight race against Ken Buck, 45 to 42 percent.

Gardner will make an announcement in a few days. In the summer of 2013, the congressman denied he would run for Senate. Since then, he gained recognition in the GOP for taking on greater leadership roles in Washington.

“I think it is a great addition,” said College Republican President Tyler Marr, a senior economics major. “I think it’s really exciting for us given his rising house prospects”

Udall’s camp responded to news of Gardner’s challenge in an email to the Collegian: “From flood and wildfire recovery efforts; to ensuring that every family has the opportunity to get ahead; to standing up to the NSA and protecting Coloradans’ freedom to be left alone, Mark spends every day working to protect Colorado’s special way of life. Mark looks forward to debating the important issues that impact our future.”

This story is developing. Check back for updates.