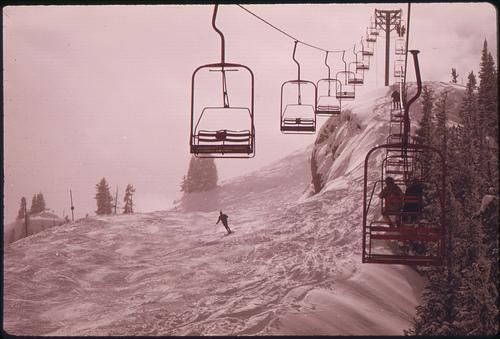 The 2013-2014 ski season has seen three ski fatalities and even more not recognized in the official count.

Shelby Vervalin, undeclared sophomore at CSU, was a close friend of Teater and visited him at the hospital to say goodbye, along with many other friends of his.

Teater is considered the second of three official skiing casualties.

The first, occurring Dec. 11, was Norwood resident Scott Harlow who died at Telluride. More recently, on Jan. 11, Aspen resident, Jonathan Stuart, was found unconscious among the trees of Aspen Mountain and did not survive.

However, other skiing related deaths have occurred this season, but are not recognized in the tally for various reasons.

“The association defines a skier death as one that is trauma related, occurs inbounds, during operating hours and on open terrain,” said Jennifer Rudolph, Communications Director for Colorado Ski Country USA. “A health related death is separate than a skier fatality.”

The East Vail Chutes are a popular area for backcountry skiers out-of-bounds of Vail Resort. They are known for being extremely steep and avalanche prone.

Anthony Seibert, grandson of Vail Resort co-founder, was skiing with his three friends in the East Vail Chutes Jan. 7. They were caught in an avalanche which killed Seibert. The others survived with minor injuries.

“I loved every moment I spent around Tony and so did his friends and family,” said friend of Seibert, Scott Klumb in the description of the tribute video he made following Seibert’s death. “He was always so uplifting and caring for others.”

The Colorado Avalanche Information Center reports two avalanche caused deaths this season, Seibert being one, and the other incident happening Dec. 31 on Parkview Mountain, west of Willow Creek Pass.

The last 10 winters have been marked by an average of 28 avalanche related deaths every year in the United States, according to the Colorado Avalanche Information Center.