Walking out on danger: Religion and science in the classroom 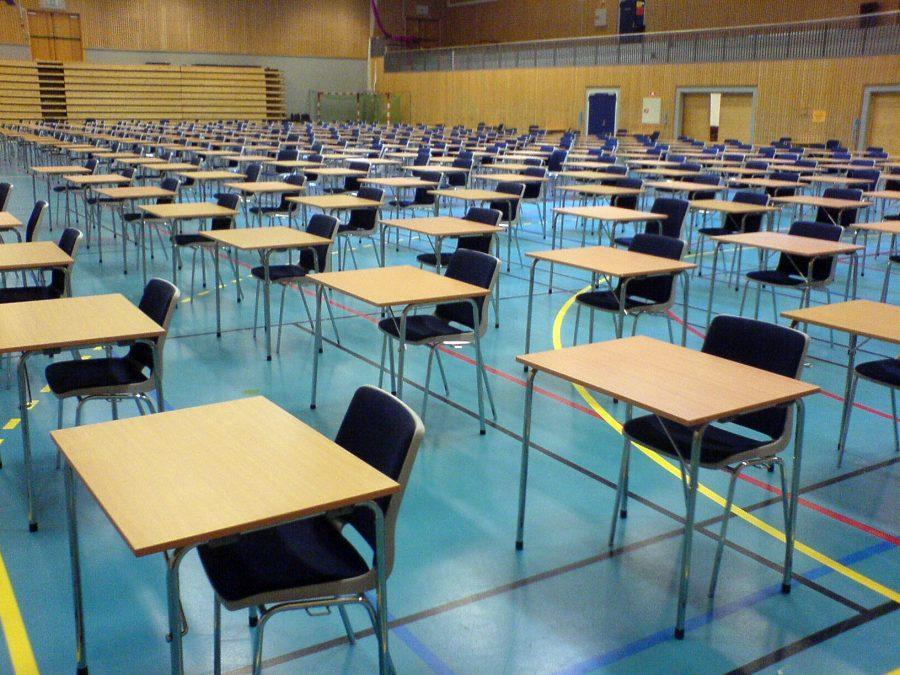 Empty desks sit in a gymnasium. (Photo Courtesy of Essayontime.com.au)

Science and Religion: A civil union

Exploration of the natural world is as fundamental to humans as breathing and explanations of our world are as varied as individuals. Most academic traditions create two groups that religion scholars call the sacred and the profane. Between these groups there is often conflict played out in media and politics, but that wasn’t always the case.

“Prior to Darwin, most educated people in the west thought that science and religion were on the same team — discovering God’s plan,” said Jeffrey Kasser, Ph.D., a CSU philosophy professor who teaches both philosophy of religion and science.

“You have each side envisioning their opponents uncharitably. Religious folks tend to think atheists are immoral and the new atheists tend to think of religious people as just dupes who do whatever they’re told. And neither of those is a fair representation,” Kasser said.

The professor points out that, due to the their long history together, the relationship between science and religion is complicated.

“Everyone’s really aware of where they feel like their legitimate interests have been stepped on by the other side, and it tends to make people impatient and uncharitable, and it tends to make them over-simplify things,” Kasser said. “In this particular area, the dangers of oversimplification are particularly enormous because there’s so much stuff being swept into this issue.”

At CSU, like any college campus, there is a large diversity of opinions, options and classes for students. While some of these classes teach controversial subject matters, Dr. Patricia Bedinger, who teaches introduction to biology — LIFE 102 — does not think her class is one of them.

“There is a certain good discomfort that new college students come in and things aren’t exactly like they were at home,” Bedinger said. “Their science and biology teachers are saying evolution is true, but they’re questioning what they’ve been taught to this point.”

Bedinger is part of a group of educators on campus whose subject matter touches on issues often conveyed as controversial, such as evolution. She doesn’t see them as such, but addresses the issue in order to start dialogue.

“I struggle with what exactly it is about evolution that is threatening or difficult to accept. Because I don’t personally have that conflict but I want to understand where my students are,” Bedinger said.

Dr. Aaron Sholders teaches biochemistry and when he introduces himself, tells students that he is a follower of Jesus Christ.

“I feel that the best learning environment is for you to feel connected with the person that is up there talking to you,” Sholders said.

Sholders said he also gives this introduction because he feels compelled to as part of his relationship with God. Beyond this, he doesn’t discuss his views about religion, evolution or origins.

“It hasn’t come up in class. The course objectives can be accomplished without talking about origins. If students wish to discuss it with me during office hours, I’m happy to do that,” Sholders said.

Dr. Donald Mykles is the director of the CSU Honors Program and teaches cell biology. He takes a slightly different approach. Mykles said that religion is useful for providing insight into moral and philosophical issues, but that it’s dangerous to use science to try to justify religious belief.

“I’m not anti-religion but I tell my students that they shouldn’t use biology as a justification for their faith, because it’s not there,” Mykles said, who describes himself as a theist. He mentions this in class in order to give students fair expectations for how they can and cannot interpret biology.

Dr. Stephen Stack has taught many classes within the biology department. In intro classes, he has had students walk out of class when he introduces evolution. He said it is because these students have been taught that if they doubt the teaching of the Bible, even for a second, they’re going to Hell.

Like this article? See part two and part three in the next installment of Science Wednesday.