Retail Marijuana banned in Foco until end of March 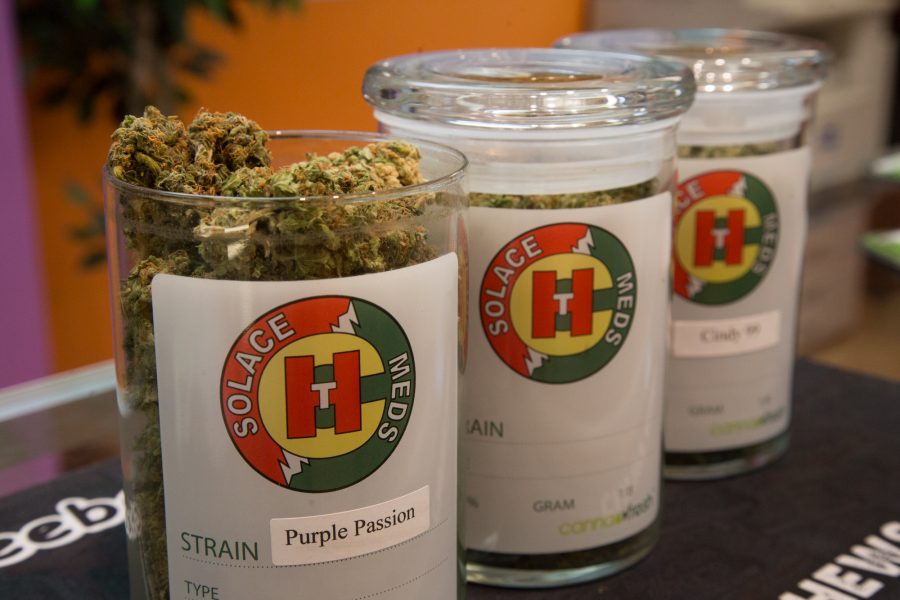 Jars of marijuana sit out for a patient to choose from. Along with marijuana, the dispensary offers a variety of other products including edibles, hash, pre-rolled joints and highly poplular "Chai High" teas.

Although some cities in Colorado have up and running retail marijuana shops, Fort Collins has some catching up to do.

The temporary ban of retail marijuana centers in Fort Collins will be lifted March 31, 2014.

City Council will meet for a work session Feb. 11 and have a council meeting in order to adopt regulations of retail centers on March 4.

Depending on the rules and zoning regulations council chooses to adopt, there may be a minimum of two and a maximum of ten retail marijuana centers, according to Sawyer. There are currently nine medical marijuana dispensaries in Fort Collins.

Applications for retail stores will not be available until after the moratorium is lifted, with the city planning to be ready for applicants come the start of April.

“It’s really just a more complicated business… we will just need to divide and keep separate these businesses within one building,” said Steve Ackerman, owner of Organic Alternatives, of the possible addition of retail to his medical dispensary in Old Town.

Erica Freeman, co-owner of Choice Organics, said it is difficult to foresee the impacts of selling retail, apart from the increased revenue that will come with being able to sell to anyone over the age of 21. In any case, Choice Organics will continue to put their patients and education first.

The product sold recreationally will not differ from that sold medically, apart from the banning of the recreational sale or manufacture of edible marijuana-infused products by Larimer County. This does not include topical products, oils and tinctures.

Another difference in the businesses of retail versus medical is taxation.

A 15 percent excise tax will be imposed between where a retail shop grows or obtains their products from and the physical shop.

“That tax will have to be passed along to the consumer,” Ackerman said.

The city is attempting to strike a balance when it comes to community preferences, according to Sawyer.

“(Residents of Fort Collins) voted to have retail, so we are trying to honor that voice while at the same time trying to protect the health and well being of all of our citizens and particularly address the concerns of those that would really prefer that we not have retail here,” Sawyer said. “No one will totally get their way 100 percent.”

The city is looking into a public messaging campaign to address education and the major concerns of the community. They will also be working closely with Poudre School District and CSU.