Neuroscience major to be offered at CSU this year 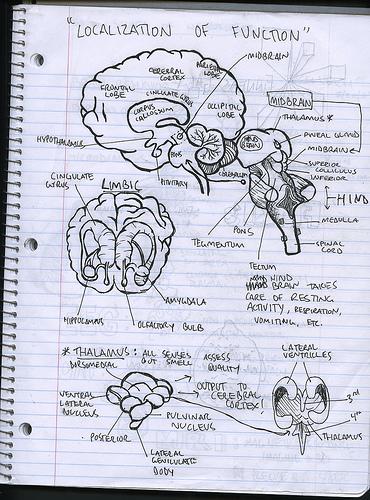 Studying brain science is now an option made easier for CSU students.

Professor James Bamburg, who will be the assistant director for undergraduate affairs for the new major, has been pushing for a neuroscience major to be created at CSU for the last 10 years because students with an interest in that field have historically had to graduate with a biomedical sciences or psychology degree.

The neuroscience major allows students to specialize and receive official accreditation for research they conduct in labs at CSU.

“There are huge numbers of different approaches to studying neuroscience, all the way from human behavior and observations of people, down to very molecular details of isolating and crystallizing proteins and determining their structure and their function within the nervous system. We have faculty that span the whole gamut here,” Bamburg said.

Bamburg said that the most difficult part of finally creating the program was rewriting university code through the creation of a Special Academic Unit (SAU). SAUs house interdisciplinary majors at CSU — it resides within the provost’s office with its own independent budget, but pulls faculty, research labs and courses from more than one college or department.

“These are the kinds of things that bring neuroscientists together as a discipline — we bring vast differences of background and experience,” Bamburg said. “We have people that have their PhDs in physics, mathematics and computer science, or people in biological science and biochemistry. That’s what makes it really, truly interdisciplinary.”

Professor Michael Tamkun, director of CSU’s new neuroscience major, said that few university changes will occur when this degree becomes available. CSU already has most of the necessary faculty, and already conducts both neuroscience labs and classes.

The few university changes and additions that will be made to create the neuroscience program include new upper-division classes and the required senior-level thesis. Bamburg said that the neuroscience degree will be primarily composed of courses already available at CSU.

Two concentrations, Behavioral and Cognitive and Cell and Molecular, will be offered with the major.

Current biomedical sciences student Jessica Zanon said she will switch her major to neuroscience to be better prepared for graduate school and the work she plans to pursue after college. This semester Zanon, a freshman, works in Professor Bamburg’s neuroscience lab on campus, doing research associated with Alzheimer’s disease.

“Biomedical sciences is a lot more along the lines of vets and going into med school to be a physicians and surgeons, and that’s not really what I want to do — but according to what my major says, that’s kind of the path that I’m headed,” Zanon said. “Having (neuroscience) as my major is awesome, because then I’ll be able to do basically what we’re doing (in the lab at CSU) after I graduate.”