Foco’s criminal activity over the holidays 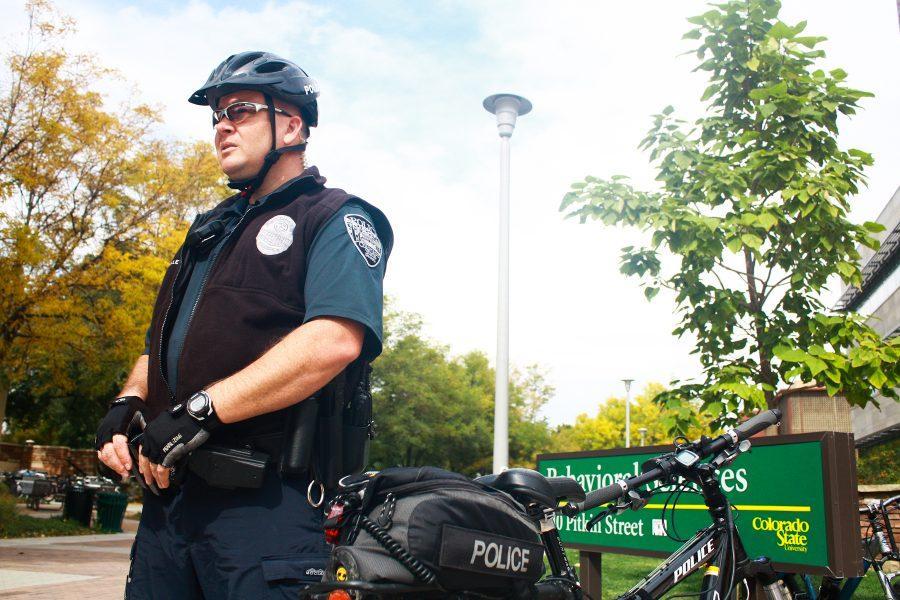 Officer Matthew Staley with the CSU Police Department rides his bike around campus on patrol. CSUPD has a variety of transportation methods including the well-known bike cops.

Though many CSU students may have gone home for the holidays and forgotten about Fort Collins, the town remained as active as ever–and so did its police force.

Over break, Fort Collins Police investigated a stabbing, two burglaries, a fire and arrested a man involved in a fatal ATV collision.

A structure fire occurred at 1438 Riverside Ave, according to a police press release. While the Poudre Fire Authority was working on putting out the fire, a burglary was reported at Painter’s Supply on 1626 Riverside Ave. The investigation is ongoing, and detectives are unsure as to whether the fire and the burglary were related.

A stabbing in Old Town on New Year’s Eve sent a man to the hospital with serious injuries. The investigation into the incident is still ongoing.

Fort Collins citizen Travis Ackerman was arrested Jan. 8 at his residence for his involvement in a fatal ATV collision, according to a press release. He was charged with three felonies and for misdemeanors with relation to vehicular homicide and driving under the influence.

Old Town’s Choice City Butcher & Deli caught what appeared to be a burglary on their security cameras. The Deli posted Facebook pictures of the suspect on the tape, asking for any leads from fellow citizens. According to the Facebook page, this yielded at least one lead, and the deli thanked the community for its support.