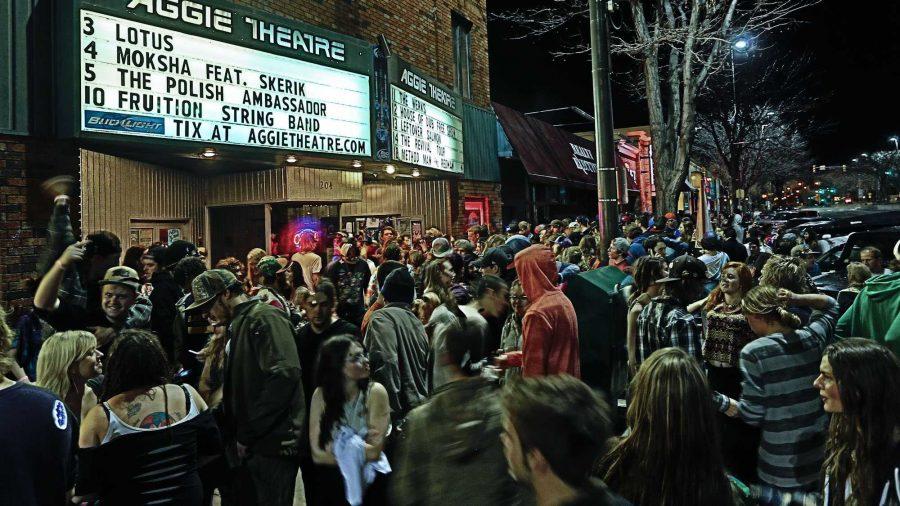 This Thursday will mark the last “dry” show at the Aggie Theatre following the temporary suspension of their liquor license over winter break. The popular concert venue in Old Town was cited for the second violation in a year after admitting to selling alcohol to minors in November.

Following a prior citation in March, the Aggie faced a 20-day suspension that fell just before and during winter break. The suspension included 12 days during the month of December and eight in January, not including New Year’s Eve.

Junior natural resources and tourism major Erin Vogl highlighted the prevalence of substance use that often goes hand in hand with the concert atmosphere.

“I know underage drinking happens at concerts,” Vogl said. “It happens a lot more often than people realize and a lot of people drink beforehand.”

According to Vogl, however, she does not think that the punishment was unfair.

“I think that the penalty was fair,” she said. “They’re a business and they should be professional.”

Following the first violation in March, minors entering the theatre were subject to a breathalyzer test in an attempt to curb the number of already intoxicated minors.

“I thought that it was an attack on the Aggie because who underage hasn’t gone to a show on some kind of substance,” Chapman said.

While the Aggie Theatre will have served its 20-day suspension, the City of Fort Collins has come to an agreement with the venue of an additional 30 days of suspension if they get another strike within a year of the November incident.

The Aggie could not be reached for comment at time of print.

James Hall, a sophomore liberal arts and economics major, said he believes that the suspension will not solve the problem.

“People are gonna do what they’re going to do,” Hall said. “More important to me would be to focus on the safety of the situation.”