2014 State of The Union highlights 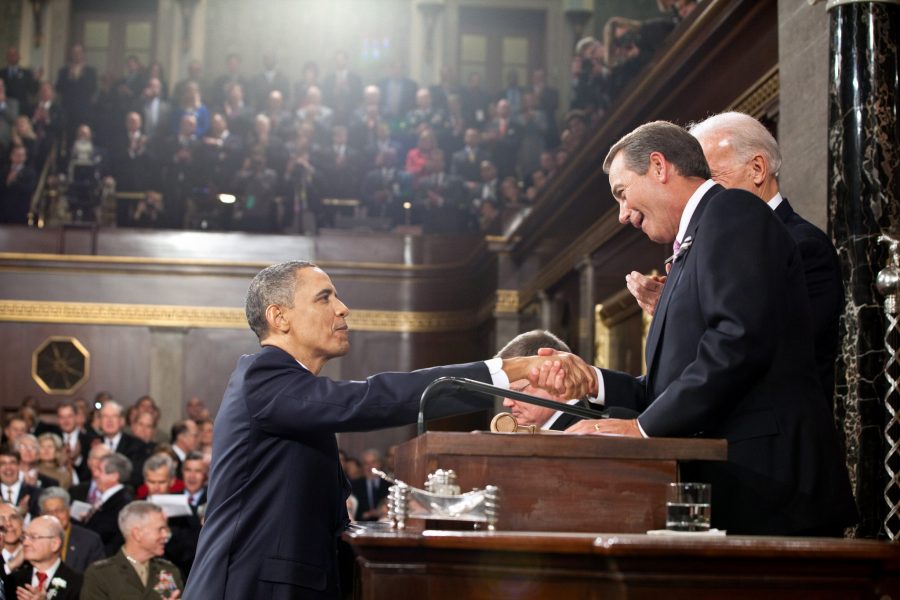 President Barack Obama shakes hands with Speaker of the House John Boehner as he enters the House Chamber at the U.S. Capitol in Washington, D.C., for the State of the Union address, Jan. 25, 2011. (Official White House Photo by Pete Souza)

President Barack Obama delivered the 2014 State of the Union Address Tuesday night. He outlined the goals that have been completed during his presidency and what goals he plans to work on in 2014.

Obama highlighted the fact that graduation rates around the country are at the highest level in decades. He emphasized that in 2014, he would like these rates to increase even further and he would like to provide more opportunities for college students to succeed.

The president also revealed a vested interest in K-12 education in 2014. He plans to improve technology for K-12 students and provide them with more real-world skills.

The speech touched on the president’s pride over health care now being affordable and available to all U.S. citizens, a goal that he worked on for much of his presidency.

Obama stated that the unemployment rates in the country are the lowest they have been in over five years,and that eight million new jobs have been created over the past four years. In addition, manufacturers in the U.S. are now hiring for the first time in 20 years. In 2014, he plans to launch four new manufacturing institutes.

President Obama also discussed environmental issues. In 2014, he would like to set new standards for energy efficiency and better prepare communities for climate change and natural disasters, such as the floods in Colorado.