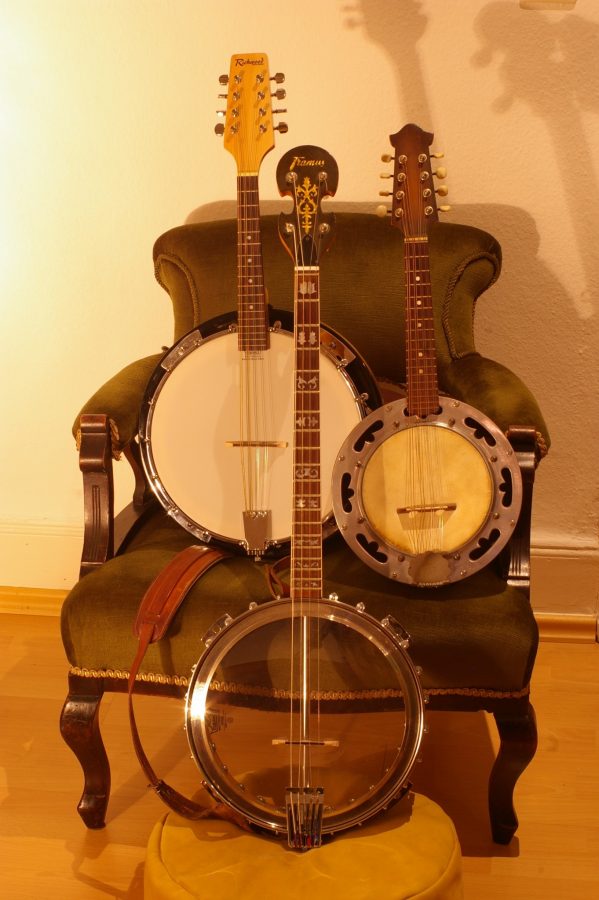 The name of local string band, The Red Social Trail, was carefully crafted to reflect its origins: red comes from the color of the foothills and a social trail is a path that forms naturally from people walking on it.

“We wanted our name to embody Colorado and Fort Collins,” said Summers Baker, a junior English and creative writing major, who plays the guitar, mandolin and banjo in the band.

Baker and fellow band member Doug Elgar met while living in the residence halls freshman year. About a year later, the two decided they wanted to form a band together and began searching for other members.

They quickly found David Hinson, a fiddle player, who they had met in the residence halls. They struggled to find a bassist for a long time, but eventually recruited Lars Eriksen.

“One day Summers came up to me on campus,” Eriksen said. “He found out I played upright bass and got really excited and demanded my number.”

The members of The Red Social Trail come from a variety of backgrounds and blend to produce a mix of old time, folk and bluegrass.

“We can’t come up with with a definition of what we are,” said Baker, who explained that their variety of backgrounds allow them to explore different genres without being confined.

Since forming last spring, The Red Social Trail has played on campus several times as a way to share their music with others and gain exposure.

“We first played on campus last year outside Clark,” said Baker, who explained that it is a great way to generate interest for the group.

“Mostly we love playing music for people and sharing it with people,” Baker said.

In addition to playing on campus, The Red Social Trail plays shows at a number of local venues and has even played at a wedding.

“I saw them playing in front of Eddy and they were playing the song Wagon Wheel, which my wife really likes. So I asked them to help me propose,” said Sean Doran, a senior and international studies major.

Doran had The Red Social Trail play in City Park, where he brought his wife for a picnic. After the proposal, the couple decided that they wanted the band to play at their wedding as well.

“We are both from North Carolina so the bluegrass was something we wanted,” Doran said. “We got really great comments and everyone really enjoyed them.”

The band members also recently spent a weekend in the mountains recording their first extended play album, which consisted of five songs that will soon be available online through the band’s Facebook page.

“It was very cool to be up in the mountains recording mountain music,” Baker said.

The group spent the weekend in Rustic, Colorado, which is about an hour up the Poudre Canyon. Eriksen explained that recording the EP was a lengthy process, but it was well worth it.

“We learned a lot about each other musically,” said Eriksen, whose family owns the cabin where the EP was recorded.

“The biggest thing I that I walked away from the cabin trip with was that I didn’t know how good these guys really were until I heard the recording,” Eriksen said.