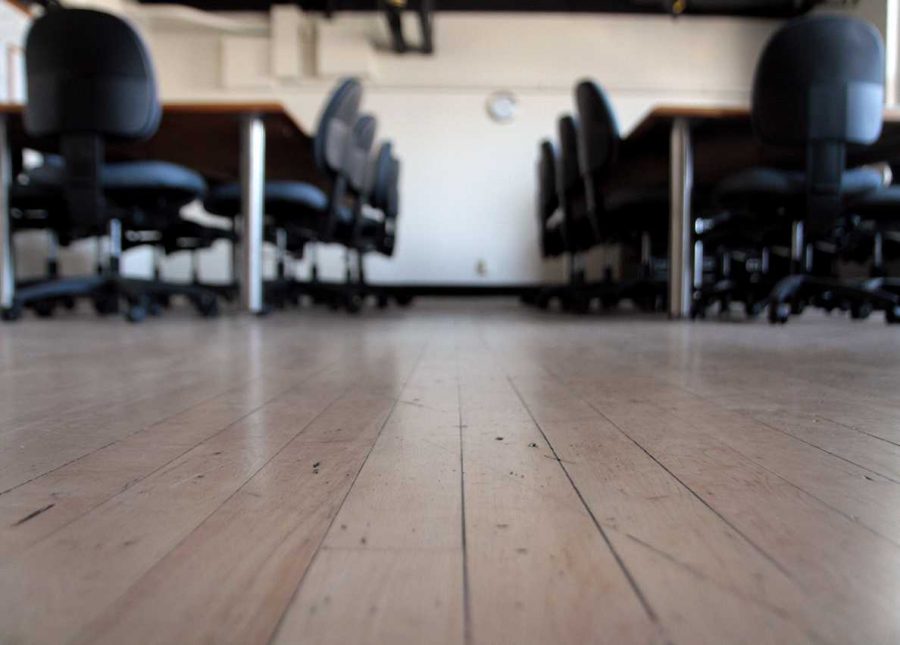 The main collaborative room of Johnson Commons, a brand new extension of the TILT Office of Undergraduate Research and Artistry. Johnson Commons occupies a renovated area of Johnson Hall where the original flooring remains in tact.

Davila is a California-raised city girl who gained love for Agriculture after she started classes at CSU. Davila’s dad is from Mexico and her mom was born and raised in California.

“My parents had me when they were very young so my mom was not able to go to college,” Davila said. “Education was really instilled in (me).”

Davila came to CSU with a set plan in mind. Once she got into her program, her career goals quickly changed.

“I came to CSU starting as a pre-veterinary student, but last January I went on a pre-veterinary trip and I realized that I don’t want to be a vet so much,” Davila said. “Now I am working on my Animal Science degree. I hope to get into HR within a slaughter plant.”

Davila said that she sees a problem within the industry, specifically she wants to work on speaking up for the voiceless.

“Within my industry a lot of the people are Hispanic and speak Spanish,” Davila said.” My goal is to basically be a voice for them – making a positive voice for Latinos within the agriculture industry.”

Growing up in an urban setting, Davila didn’t have an appreciation for agriculture. After beginning her education at CSU, her viewpoint changed.

“Before I actually started my major, I had this view of agriculture being very negative,” Davila said. “When I got into my classes I began to learn the reason for everything. I began to gain a passion for it.”

Davila was president of her Sorority, Lambda Theta Nu, from 2011-2012. She was awarded MGC Outstanding President of the Year in 2012.

“It was great to be recognized within the corporate community. We are here and we are a force to be reckoned with,” Davila said. “I wanted to find a home away from home. I didn’t find my community until I joined my organization.”

Davila said that her sorority has taught her how to be professional, confident and feel accepted into a family away from home.

Davila expresses her specific goals and changes she wants to see made in the industry she is going into.

“My goal is to learn, teach, and foster young Latinas,” Davila said. “Anyone who knows me will say that I am a very passionate person. I love CSU. It is my community and it is where I feel like I belong.”