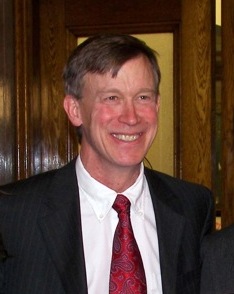 proposed that an additional $101.8 million be added to the 2014/2015 higher education budget for the state in a presentation to the Joint Budget Committee last month.

If this proposal is approved, $61.08 million of the funds will go straight to universities like CSU, while $40.72 million will go to the state financial aid budget. Due to the additional funds, the proposal would also not allow for universities to raise tuition more than 6 percent.

“What we’ve seen over the last few years is a decline in state support for higher education, and what we’re trying to do is reverse that trend,” said Colorado Lieutenant Governor Joe Garcia. “We’re trying to dig ourselves out of the hole.”

If this money is granted to universities, CSU Chief Financial Officer Lynn Johnson estimates that CSU will receive around  $10.8 million for fiscal year 2015, which would be double what was received for year 2014.

However, Johnson is concerned about the long term viability of this type of funding, due to recent findings by CSU’s Colorado Futures Center.

According to a sustainability study done this month by the Futures Center, there is a flaw in Colorado’s budget. Though the recent recession did cause an increase in government revenue to allow for this higher education money, there was a fee created in 2009 to pay for Medicaid expansion that will trigger tax refunds. These refunds will likely force Colorado’s government to make significant cuts.

Johnson believes that these cuts could reverse the  $101.8 million increase.

“It appears that this additional state revenue is only going to hold for a short time,” Johnson said. “Typically, higher education is the first place they look for cuts.”

Other CSU officials are also reluctant to rejoice at the budget proposal, as the extra money still would not add up to higher education funding’s peak several years ago.

“Even though we are very grateful for the money, state funding still isn’t what is has been,” said Kyle Henley, director of Denver public relations for CSU. “We are still concerned about the trends in higher education, and the government’s ability to continue to fund us.”

As for short term effects of this money at CSU, it is unknown whether students would be able to tangibly see results, as the university has other competing rises in costs.

According to Johnson, it is expected that salary increases for faculty will cost around $9 million, and university mandatory costs (primarily concerning the new buildings on campus) will cost around $3 million. These expected costs alone would use up the extra $10.8 million for CSU.

However, Johnson emphasizes that students would indirectly see the benefits of salary increases for university faculty.

“One of the most critical things we do is ensure the best faculty for our students as we can,” Johnson said. “If the university doesn’t maintain competitive salaries, we will lose our best and brightest.”

Another possible benefit for students is the budget proposal’s tuition cap of 6 percent. Hypothetically, if these additional funds are not granted, Johnson states that CSU might have to increase tuition more than the current expectation of 5 percent for the next fiscal year.

Besides the hypothetical benefits, students hope to see real results from the proposed funds.

“We hope that this will provide benefits to students,” said Morgan Smith, Chief of Governmental Affairs of Associated Students of CSU. “But, there is no guarantee.”