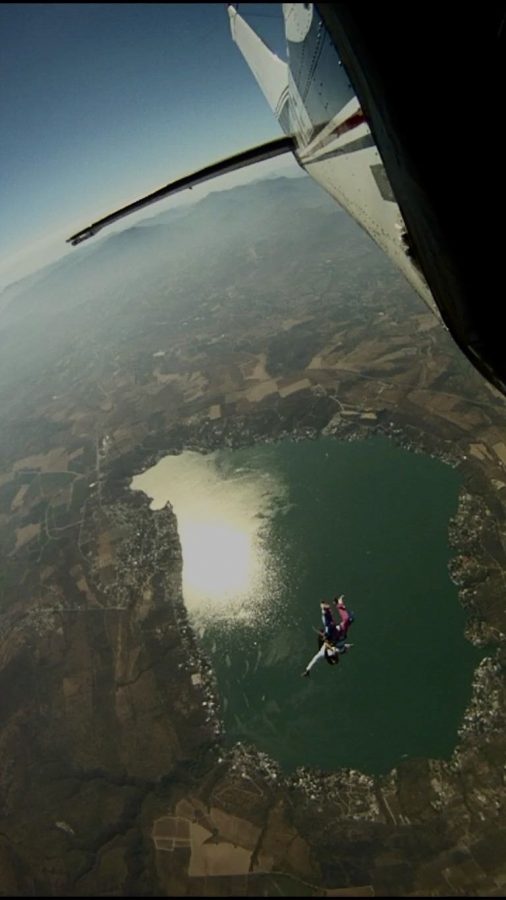 For most people, skydiving is a once in a lifetime opportunity. For Chris Lierheimer, senior construction management major, it’s a lifestyle.

Since his first jump three years ago, Lierheimer, president of the CSU Skydiving Club, has jumped out of a plane 609 times.

In 2011, he decided to revive the Skydiving Club at CSU as a way to get involved on campus.

“I wanted to see how far we could take it,” said Lierheimer, who initially anticipated that the club would be relatively small.

Today the skydiving club has 45 registered members all with a wide range of experience.

“A lot of people just join to see what it is all about,” Lierheimer said. “I want people to know that you don’t have to be a skydiver to be a member.”

In fact, most members have never been skydiving before and just come to watch the jumps. Others, including Lierheimer, have completed a licensing program that allows them to jump alone, reducing the cost significantly.

Travis Paul, junior business major, recently completed the licensing process. He has been a member for two months and decided to join the club as a way to get involved at CSU.

“A lot of kids come here and haven’t jumped before and they get really psyched to do it,” Paul said.

Members join for a variety of reasons. Some see skydiving as a stress reliever, while others see it as a community they want to be a part of.

“It’s a really cool community,” said Stephen Kelly, a sophomore health and exercise major who has been a member since last May. “They are the type of people I want to be around.”

Mayon Hight, a junior mechanical engineering major, explained that he likes skydiving because it makes the stresses of everyday life seem insignificant.

“Say I’m walking into an exam I didn’t study for, it’s no big deal,” Hight said.

The Skydiving Club has monthly meetings as well as a number of “fun jump” events throughout the year. Although it is hard to do in the winter, the club members stay active by going to an indoor skydiving facility in Lone Tree.

“The thing I really like about skydiving is when that door opens and you jump, nothing else really matters,” said Kelly.

Collegian reporter Maddie Buxton can be reached at news@collegian.com.