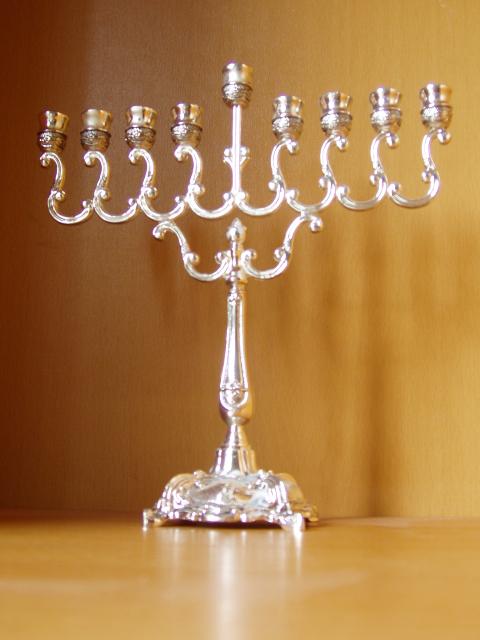 For the first time since 1918, Thanksgiving and Hanukkah will fall on the same day to create the a Jewish-American holiday that many online have taken to calling Thanksgivukkah.

This phenomenon of overlapping holidays won’t happen again for another 79,043 years.

Social networking sites and news hubs have everything from Thanksgivukkah recipes to ideas for decorations and even Thanksgivukkah t-shirts. Despite the online hype, this fusion of holidays is not as important in the real world, according to Michael Lichtbach, president of the Chabad Jewish Student Association (CJSA).

“Outside the Jewish community, it seems like everyone’s making a much bigger deal about it,” Lichtbach said. “None of my Jewish friends have mentioned it to me and literally the only people that I’ve heard talk about it were not Jews.”

The Internet may be covered with Thanksgivukkah decor and advertisements, but the excitement isn’t necessarily mirrored by Lichtbach or other members of the CSU Jewish community.

“I’m not really that excited. I’m kind of just like, ‘Yeah, it’s happening, whatever,'” said Amanda Ansell, vice president of Hillel at CSU. “I mean, it’s kind of fun because usually I’m not able to spend Hanukkah with my extended family. But honestly, it’s not that big of a deal.”

Its unpopularity could likely be due to its rarity. Some rabbis tend to focus less on the rarity of the calendar overlap and more on the deeper meaning behind the two holidays, according to Rabbi Yerachmiel Gorelik, advisor and rabbi of CJSA.

“This year’s calendar presents us with an opportunity to rediscover the true theme of both holidays: thanksgiving to the Almighty for all our daily miracles,” Gorelik said.

Thanksgiving isn’t usually thought of as a religious holiday, but George Washington described the first national Thanksgiving as “A day of public thanksgiving and prayer to be observed by acknowledging with grateful hearts the many and signal favors of the Almighty God.”

Hanukkah is as a holiday celebrating the successful revolt by the Maccabees against the religious persecution by the Assyrians in Jerusalem and the miracle of the single-night lamp burning for eight nights. It is celebrated in remembrance and gratitude of God keeping the oil burning, according to Gorelik.

In both holidays, there is a common theme of giving thanks to God within the origins of both Thanksgiving and Hanukkah.

Collegian Reporter Rick Cookson can be reached at news@collegian.com.