Y Cross Ranch subject of a lawsuit against CSU and UW 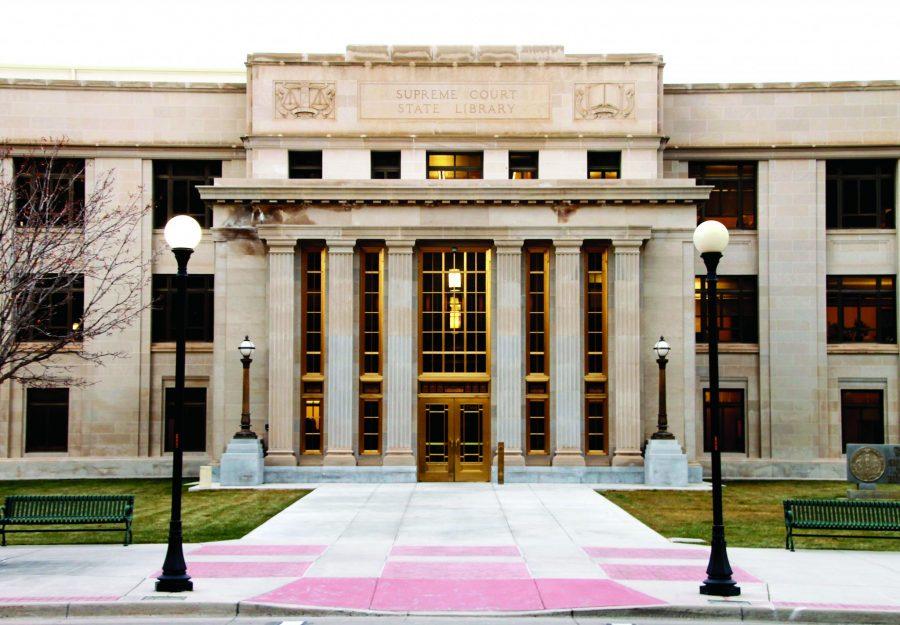 CSU and UW were represented against Amy Davis in a law suit regarding the sale of Y Cross Ranch today in a supreme court case in Cheyenne, WY.

The lawsuit against CSU and UW over the Y Cross Ranch was reviewed by the Supreme Court of Wyoming Tuesday afternoon.

Attorney Steve Miller represented Amy Davis, who began the lawsuit in response to CSU and UW’s separate decisions to sell their halves of the 80-mile cattle ranch 14 years after she gifted it to them in 1997. Attorney Mike Sullivan represented CSU and UW in defense of the lawsuit.

Miller argued that Davis’ philanthropic gift was to be used indefinitely. He also argued that the original agreement of the gift implied a trust, which indicated that Davis should be able to have input on how the ranch is used and how long it is to be used. Finally, Miller stated that the ranch was not used for the educational potential it was intended, citing the lack of use for some of the properties on the ranch. Miller said this lack of use should now restrict the universities from selling the ranch.

Sullivan stated that the agreement did not imply such a trust, and did not allow Davis to have control over any decisions regarding the ranch. He argued that the land was a restricted gift, and one of the consequences of giving a gift is losing all legal rights over it.

The Wyoming Supreme Court justices questioned many aspects of the presented lawsuit. Justice Barton Voigt questioned Miller over whether both parties, Davis and the universities, had agreed to the trust that Miller was arguing had been present.

Miller replied that the trust was implied solely based on the conditions that were in the agreement. These conditions outlined a plan for the ranch: seven years was to be spent on the building of the ranch, and seven years was to be spent implementing certain academic uses for the ranch. Miller indicated that stating these conditions, which were agreed upon by both parties, was enough to imply a trust between Davis and the universities that allowed her a say in the future of the ranch.

Justice Voigt also questioned the timeliness of the lawsuit. He wondered why Davis should still have rights over the ranch 14 years after gifting it, and asked if Miller would grant her rights for an infinite amount of time.

Miller said that the selling of the ranch came up fairly quickly when considering the seven years it took to put the ranch in place and the fact that the next seven years did not involve proper use of the ranch’s educational potential. Miller was unsure of how to answer whether rights should be granted for all of infinity.

There were many present during the hearing, including Amy Davis herself, who declined to comment. Also present were many of the managers and interns at the Y Cross Ranch, who came to show their support for Davis’ lawsuit against the selling of their ranch.

“It’s a shame that Amy had an agricultural vision for the future and UW and CSU aren’t willing to support that vision,” Lacey said.

Streithorst also noted that the universities have been quiet on the matter, and he feels it is wrongful on their part to cover up the lawsuit from the public.

Y Cross Ranch volunteer Quinn Carroll was concerned that the lawsuit will discourage future philanthropists from donating valuable land and resources to universities, and stated that this loss will not be compensated by the financial gains from the sell.

“The short term gains will not be worth the long term consequences,” Carroll said.

The Supreme Court of Wyoming will release their decision regarding Y Cross Ranch in about four to six months, at which time CSU and UW can either resume their selling of the ranch or will be required to preserve the property for all intended educational use.