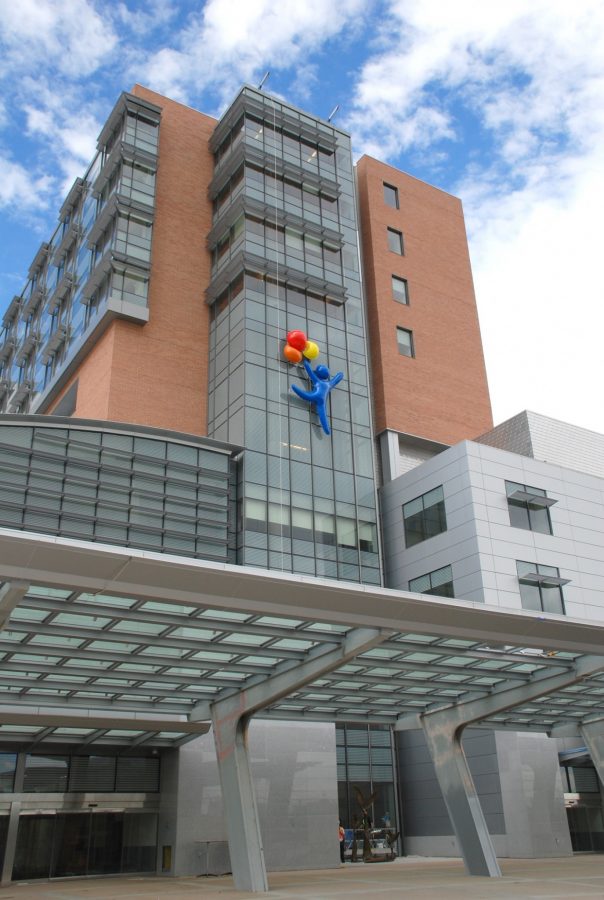 The CSU Dance Marathon brings together students and the Denver Children’s Hospital to bring hope and donations in order to end childhood disease.

“It’s that pure joy on kid’s faces and they tell you they’re having the best night of their lives. We dance for them and we dance for those kids who can’t be here today,” said Natalie Stevens, co-chair of the marathon.

Four children deemed “champions” were nominated by doctors at Children’s Hospital to become their ambassadors. From age 8-18, these children are the voice of the hospital and reach out to the community to inform them about childhood illness.

The goal of the dance marathon is simple: give the visiting champions a night filled with seven hours of dancing in order to fundraise and create a place for them to let loose.

“The purpose of dance marathon is to dance until there’s no childhood disease,” Stevens said.

From Saturday night alone, the dancers raised a total of $18,184, which outdid their amount from last year by more than $5,000.

Zach Miller, the 2013 champion for Colorado, was described by all participants at the event as an inspiration to them all.

Miller suffers from cerebral palsy, a medical condition where his brain went too long without oxygen so it cannot send messages to his muscles telling them to grow.

Although his condition does hinder him from extended periods of physical activity, Miller has a drive and determination that can serve as an inspiration to others.

“It was a hard diagnosis to take because we all knew it would be a lot. But Children’s Hospital started treatment right away. I just enjoy what I’m doing in life and I can do that because of the hospital,” Miller said.

The partnership between Children’s Hospital and CSU allows a night of relaxation and fun for the kids while still raising a substantial amount of money.

“Their staff and equipment that are top of the line are made possible by people like you guys who come out here and do fundraising for them. It’s just so awesome because every single cent put into this goes to the kids,” Miller said.

David Feldman, the assistant director of finance, participates in the dance marathon because he enjoys seeing the direct impact it makes on children.

“They’ve been dealt a crappy hand and we just want them to know that they have people behind them. Seeing the surprise on the kids faces are phenomenal when they walk in. Words can’t even describe it,” Feldman said.

In the past, the event has been more marketed towards members of Greek Life, but the committee wants it to be known campus-wide in the near future.

Steph Parrish, the advisor for the dance marathon, attended the event in her undergraduate career and enjoyed participating in it as an adult and seeing all of the hard work the students put into it.

“It’s been great to see this from the ground up and seeing how much goes into the back side. The coolest part is seeing that it’s still such a new event (at CSU) and the students can still raise so much money,” Parrish said.

The months of planning and dedication came together in a flawless event that brought together the champions and gave them hope for their future.

“I love the dance marathon. All of these students and people that come out here are so amazing. It’s so encouraging that so many people are behind you and it just makes me want to go and do more for others,” Miller said.

Collegian Reporter Lauren Rullman can be reached at news@collegian.com.