Using adderall to get high grades: increasing focus can come at the cost of your health 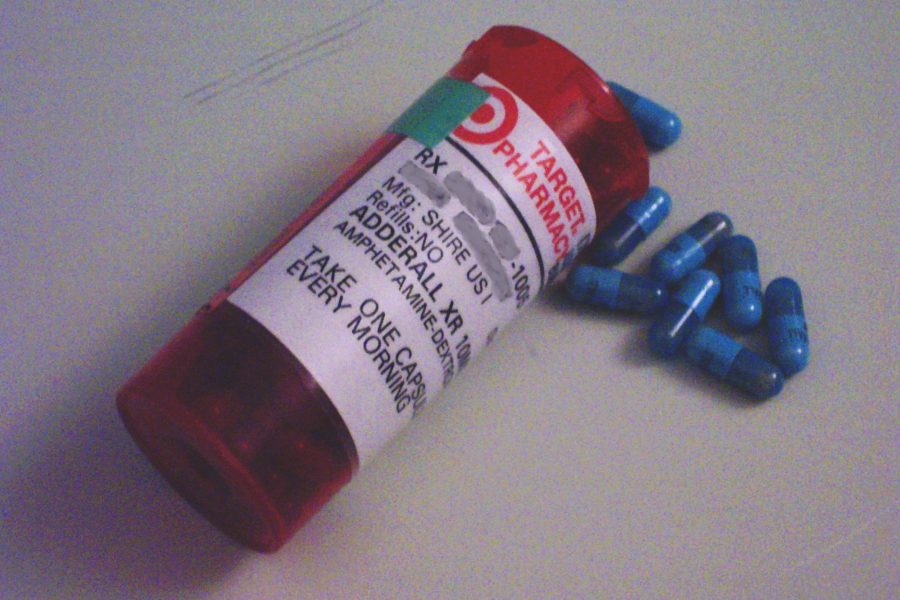 Structurally, Adderall is one small chemical group away from being meth.

“Amphetamines are particularly dangerous because they have four to five sites of action at nerve terminals,” said Dr. Jozsef Vigh, associate professor in the department of biomedical sciences. 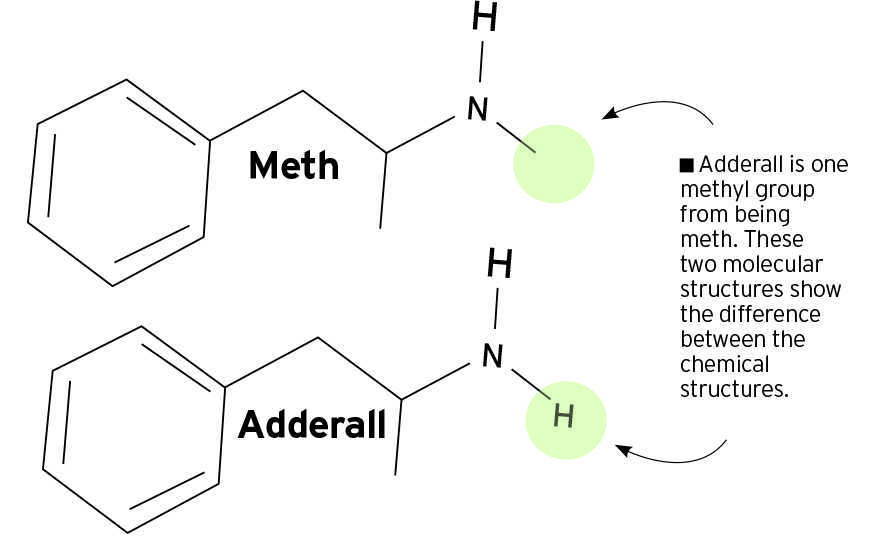 Adderall has a similar chemical structure to meth and works on the same receptors. Both are part of the same class of stimulants called amphetamines — but meth is more potent.

Adderall and ritalin and other amphetamines have been around for decades, said Japheth Hessler, PMH NP, a psychiatric mental health nurse practitioner. They can be used to treat narcolepsy and depressive symptoms, but are primarily used to treat ADHD.

Appropriate ADHD treatment can reduce a patient’s likelihood to engage in destructive behaviors later in life. ADHD symptoms have been correlated with car accidents, teenage pregnancy, and divorce, according to Hessler.

“When you appropriately treat ADHD symptoms, you have less likely chance of abusing other potentially more serious substances down the road,” Hessler said.

ADHD medications such as adderall are sometimes used by students in order to improve study performance during finals. Dr. Tod Clapp, assistant professor in the department of biomedical sciences, mentored a student’s senior thesis project looking at non-prescription adderall use. Over 600 surveys were handed out and 16 percent of students responded that they had tried adderall.

“By far, the vast majority were using it for studying,” Clapp said.

Students use adderall and other medical amphetamines because increasing dopamine in the brain can increase attention in individuals without ADHD, too.

“There are brain areas where the presence of dopamine has been shown to facilitate synaptic process known to underlie memory formation,” said Vigh.

“It works for everybody,” Hessler said.

Amphetamines’ ability to increase focus even in those without ADHD could be the reason it is dangerous.

Hessler explains that when students take amphetamines without a prescription, they are often combining them with lack of sleep. This is the exact circumstance that clinicians use to test individuals’ seizure tendencies.

Seizures are not the only consequence of taking amphetamines in un-prescribed dosages. Vigh says that since the dopamine system is involved in motivation and reward, pushing it can result in adverse consequences — from habit formation to psychosis.

“You are pushing the nervous system, and potential imbalances are going to be exposed,” Vigh said.

Hessler explains that if an individual is prone to having psychosis or other mental health problems, taking amphetamines could push them over the limit.

“People with a prescription are at a lower risk because we actually screen them,” Hessler said.

The prevelance of ADHD in society is anywhere from three to nine percent, according to Hessler. He explains that these drugs work for ADHD patients because the dosages are tailored to an individual’s unique physiology.

When used clinically to treat ADHD symptoms, adderall and other amphetamines are helpful in treating a wide range of issues. But they may not be worth the risk if a student is only using them to stay up late and study.

“This is all coming back to motivation. These pills might offer you a shortcut,” Vigh said. “That’s how we are, we are craving the easy things.”