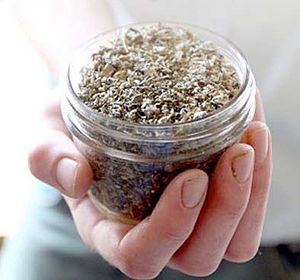 While Sexy Monkey, Black Mamba and Triple X may sound like names of adult film stars, they are actually some of the street names for synthetic marijuana — a drug that’s become problematic for the Colorado Department of Public Health and Environment (CDPHE).

Synthetic marijuana is organic material that has been sprayed with a chemical product that contains synthetic cannabinoids, which are the man-

made version of THC, according to Dr. Mike Van Dyke, chief of the environmental epidemiology occupational health and toxicology section of the CDPHE.

“You get a similar kind of high,” Van Dyke said. “Sometimes with the synthetic, you get a more intense high and sometimes a slightly different feel to the high.”

Hospitals reported a wide variety of symptoms associated with synthetic marijuana. The most common symptom was a highly altered mental state, with some patients presenting themselves as unresponsive, irritable and violent.

The increased number of hospitalizations related to the drug sparked an investigation by the CDPHE.

Working with local law enforcement and public health, the organization began collecting cases reported between Aug. 21 and Sept. 19. A total of 263 cases were reported by emergency rooms across the state over the course of those four weeks. Most cases came from the Denver Metro Area and Colorado Springs.

“The goal for this particular investigation is to be able to describe these effects and be able to determine which synthetic cannabinoid they are associated with,” Van Dyke said. “We want to know what particular compound is causing this problem.”

The CDPHE is concerned with the products and brands associated with synthetic marijuana, as well as the symptoms they cause, according to Van Dyke. Specifically, they are abstracting medical records to look at commonalities in symptoms, age and other preexisting medical conditions.

Initially, it was unclear whether one brand of synthetic marijuana was causing these problems or if it was caused by multiple brands. According to Van Dyke, it turned out to be many different brands associated with the hospitalizations.

While preliminary evidence of the investigation says the hospitalization of users seems to be isolated to a particular time period and cases are decreasing, the CDHE continues their investigation for safety reasons.

“We want to be able to inform public health that synthetic marijuana is not something that you should use,” Van Dyke said. “It’s a dangerous thing.”

Steve Ackerman, owner of Organic Alternatives, a medical marijuana dispensary in Old Town, agrees that synthetic marijuana is not something people should use.

“It’s certainly nothing we’re interested in, other than keeping our kids away from it,” Ackerman said. “Why would you want to use synthetic when you can use the real thing?”

In regards to true cannabis, Van Dyke said it is dangerous too, but with synthetic marijuana, users can’t know exactly what they’re getting.

“You don’t know necessarily what chemicals you put in your body with synthetic marijuana, whereas … weed is an organic thing,” Owens said.

The investigation uncovered various brands of the drug have been sold in tobacco shops, head shops and gas stations, Van Dyke said. Now, after the recent outbreak, the CDPHE is unsure if these products are still being sold.

“I’m sure there are not many places you can find that are actually still shelving it,” said Maka Kala’i, store manager at Organic Alternatives.

The Center for Disease Control and Prevention is currently analyzing the data provided to them by the CDPHE, and a report is expected to be release in the next few months detailing the investigation’s findings.

Collegian Reporter Laren Cyphers can be reached at news@collegian.com.