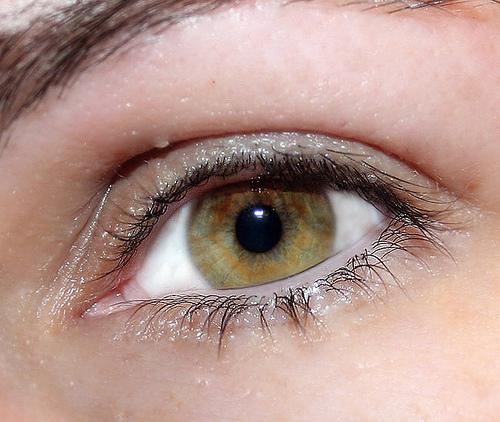 Two CSU juniors plan to immerse students into scenes of prostitution, forced labor and forced military service — and they need you to sign a waiver.

After a successful first year, No More Injustice, an anti-human trafficking student organization, plans to make this year’s production of Enslaved, an interactive experience to expose truths about and fight against modern-day slavery, bigger and better.

President of No More Injustice Michelle Jacoby, a junior social work major, and Vice President Kalista Consol, a junior human development and family studies major, both said they want to pursue a career in eliminating human trafficking after they graduate.

“The more I learn about (modern-day slavery and human trafficking), the more I’m just on fire. It’s crazy,” Consol said. “(But) I wanted to get involved while I’m on campus as well – it’s not something you have to wait until you graduate to do.”

Jacoby and Consol plan to have No More Injustice focus on a different human rights issue each year, after starting with a focus on modern-day slavery. They believe CSU students should be more knowledgeable about this topic and they are passionate about creating awareness.

“I think (modern-day slavery) is one of the biggest issues facing our planet today, and not a lot of people know about it,” Jacoby said. “We just really wanted to get the word out there.”

Last spring, Jacoby and Consol launched No More Injustice’s first event. Enslaved, a powerful exhibition composed of different rooms and actors illustrating the three forms of modern-day slavery, attracted around 500 students over its two-day run. These three forms of human trafficking are sex slavery, labor slavery and war slavery, according to Jacoby.

“Countless people just told us that it just really opened their eyes – that they had no idea. It was really good feedback,” Consol said.

For those who attended Enslaved last year, this year’s production will be a slightly different experience.

“(Last year), with it being our first year, no one had ever heard of it in the first place, and we didn’t know what we were doing,” Consol said. “It’s also going to be a lot different because the LSC is being renovated, so figuring out how to work around that and where we’re going to have it (is something we have to talk about).”

Jacoby and Consol said that they hope to improve Enslaved during its second year of running – particularly with their event-planning skills, making the program more accessible. Last year 400 students attended on Friday, but only 100 attended on Saturday – they learned that students would be more likely to attend an on-campus event during the school week.

This year, Jacoby and Consol also plan to increase their efforts to advertise for No More Injustice.

“We definitely, for this semester, want to focus on making No More Injustice a name on campus that people know,” Consol said. “Through everything that we do, we just want people to know that we exist.”

Jacoby and Consol went through the CSU SLiCE office to acquire funding for their vision and were awarded the Praxis grant, that awards students up to $2,000, as well as additional mentorship and support.

No More Injustice is able to address the local community while still emphasizing global issues – Jacoby and Consol said CSU students are often surprised after finding out Colorado is a hub for modern-day slavery.

“One of the key things with the (Praxis) grant, is that it has to help the CSU or Northern Colorado community,” Bobby Kunstman, an Assistant Director of SLiCE, said.

No More Injustice’s other event of the year will ask students to attend class wearing old bras outside of their clothes, then drop the bras in the plaza to be donated. This demonstration was inspired by non-profit Free the Girls’ The Bra Campaign – it ships the bras to female survivors of sex trafficking, providing them with a post-prostitution job opportunity through selling bras.

“Our mission with No More Injustice is helping people realize the potential they have to make a difference, regardless of the global issue, whatever they’re passionate about, they can do something about it. That’s why we want to present a lot of different human rights issues,” Jacoby said.