Saving the farm with Comet Farm 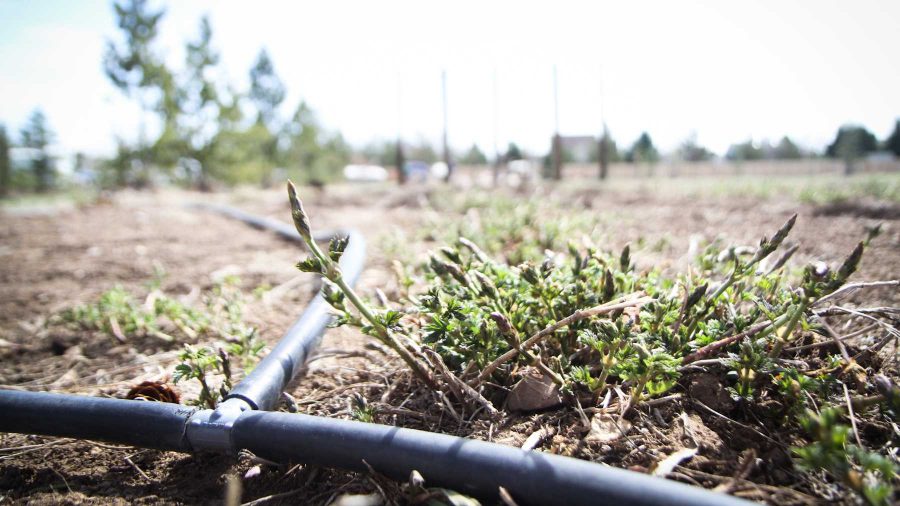 A young hop plant in its early stages on Larry Leinhart's hop farm. The hops from this plant will be taken to Odell's and put directily into a brew for a fresh hops brew in just a few months.

However green a farm may look, that doesn’t change the fact that it can emit carbon at rates which make scientists studying global warming concerned.

Whether it is the manure they use, burning residue or even the soil content, farms can be a manufacturing plant for greenhouse gasses.

To remedy this fact, CSU professors helped innovate Comet Farm, an application to estimate how much greenhouse gas is being emitted into the atmosphere from a farm.

“So, the idea is you can go in to the website, and say, yeah, my farm is in this county, I have this type of soil, here’s my crop rotation, this is how I tilled … they (farmers) can use state of the art science, but in a way that they can do it easily with a dozen clicks,” said Dr. Keith Paustian, CSU professor of soil crop sciences and researcher for Comet farm.

The application was developed with an older computer code called Fortran, according to Kevin Brown, technical lead for Comet Farm.

“We basically came up with a way to make it so you could run simulations from a website without knowing anything about modelling. You don’t even know there’s a simulation model,” Paustian said.

Once the information is collected, an assessment shows the farm’s greenhouse gas emission. According to Brown, Comet Farm’s accuracy is operating on the highest level available because they take into account soil content.

After the results are shown, farmers can input different sets of information to reflect changes they may implement such as using different manure or planting crops at a certain time of the year.

“(The purpose is) to take absolute cutting edge science of what we understand about greenhouse gasses in the land sector and essentially put it in the hands of the ordinary person,” Paustian said.

The Natural Resources Conservation Service, a part of the USDA, has been funding the project.

“Comet Farm is a project we funded for more than a decade … and over one million dollars,” said Dr. Adam Chambers, physical scientist with the NRCS.

Dr. Paustian has a focus on developed countries such as Japan, Australia and parts of Europe because of the detailed data provided by these countries online.

“In principle, you could implement it in developing countries. The problem is your accuracy is going to suffer a lot,” Paustian said.

According to Paustian, this application is a way to help bridge the gap between environmental awareness and the farmer’s time.

Collegian reporter Lawrence Lam can be reached at news@collegian.com.