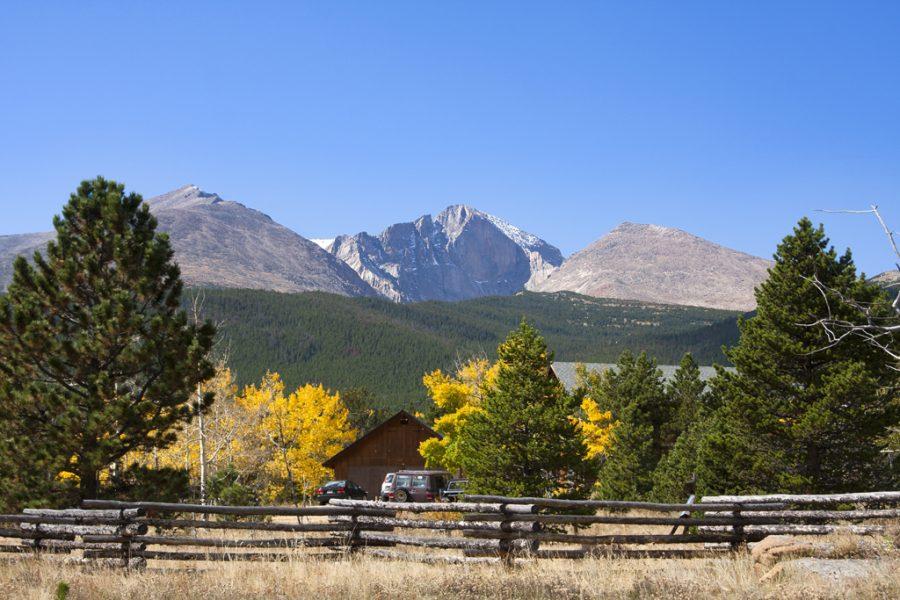 A poster of Longs Peak hung in Andrea Williams’ dorm room at Princeton and she looked at it as she wrote her thesis.

“It was what kept me sane my senior year,” she said.

Years later, at Longs Peak Mountain Guides, a coffee shop in Estes Park, Williams found the same poster hanging on a wall. The then-owner, Thomas Q. Williams, told her his grandfather took the photo. They were later married.

From hiking the mountains of Colorado to hiking the Alps, Andrea has traveled the world, experiencing cultures and societies other than her own.

These experiences prepared her to direct the international studies department at CSU.

“I rarely have known someone so well-travelled as my wife,” said Thomas, who owns a small import-distribution business from France and is a part-time climbing guide.

After receiving her undergraduate degree from Princeton with Honors, she went on to get her PhD in Global Environmental History at Georgetown. She speaks seven languages, has climbed the highest mountain in the Alps and is also an ultra marathoner.

Andrea will be the first Director of International Studies at Colorado State, a position that is new to CSU.

Since it was established as an independent major five years ago, international studies has been led by an advisory board. Andrea is the first person to fill the role of director and is creating the role as she goes along.

“I want to use my position to connect the dots,” Andrea said.

“She’s very bright but she’s not a self-promoter,” Thomas said.

Born in Lincoln, Nebraska, to two math professors Williams grew up with a brother who is now a competitive Scrabble player, once ranked as #1 in the United States.

“By the time I learned to spell, he was so skilled at Scrabble that it was really humiliating to play with him,” Andrea said. “I think because of that, I hate Scrabble. I just let him play.”

At eleven years old, she lied to her parents, telling them that all her friends travelled and that they should take her on their international voyages.

“They believed me,” Andrea said.

That lie led her to Florence, Italy, Fez, Morocco, and France in grade school and fell in love with the world and what connections she could make.

Andrea’s lifetime of exploring the world impacts her classroom environment.

“There’s some professors who are good at what they do and there are others that go above and beyond,” said Shannon Ourada, senior international studies major. “She’s definitely one of the ones who cares.”

Students commend her classroom style in which she recognizes the power of the individual and everyone’s unique and authentic background, according to Amy Wasserbach, graduate of the international studies program.

“It’s really interesting to put them in a class together and see what they come up with,” Andrea said. “It all comes down to create more of a community and a home for this interdisciplinary major.”

Collegian Reporter Hannah Hemperly can be reached at news@collegian.com.