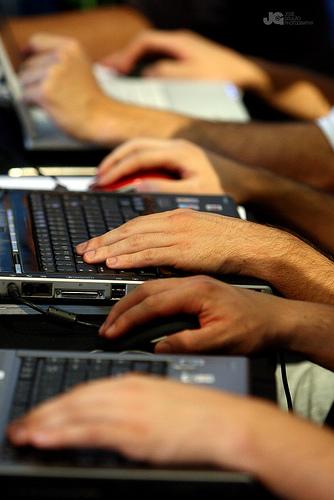 Every day, there are thousands of cyber attacks occurring at CSU and students might be surprised at where they are coming from.

“The days of teenagers hacking in their parents basements are long gone,” said Steven Lovaas, IT security manager at CSU.

Though the source of the attacks cannot be confirmed, there is some speculation that foreign countries are behind them.

“There is a feeling that there is an inordinate amount of traffic from China,” Lovaas said. “But we can’t be sure.”

Lovaas cited Russia as another possible place of origin.

“It is well known that the Russian mob is actively involved in computer crime,” Lovaas said.

Dan Clements, US managing partner for Group IB, a global security company, explained why the Russian market would want to target universities.

“Hackers (are) looking for vulnerabilities in University servers where they can launch or park software for criminal activities,” wrote Clements in an email to the Collegian.

These attacks are not uncommon for universities like CSU. Cornell, Purdue, Berkeley, and more have admitted a recent rise in cyber attacks.

But even with the high number of attacks, there are steps that students can take to protect information from hackers.

Lovaas advises all students to be cautious with personal information online, which includes keeping computers up to date, using anti-virus software, and checking credit ratings regularly.

Students in on-campus housing are not as responsible for these steps and can breathe a sigh of relief, due to SafeConnect.

SafeConnect is a program that runs throughout the residence halls. The program runs an assessment of student computers, and ensures they have up to date security software. If software is not up to date, SafeConnect will let students know.

Unfortunately, the hackers behind these cyber attacks can also breathe a sigh of relief. Bill Davis, Network Security Administrator for Student Housing, explained that hackers tend to use computers in other countries as fronts for the attacks, which complicates the process of finding and charging them.