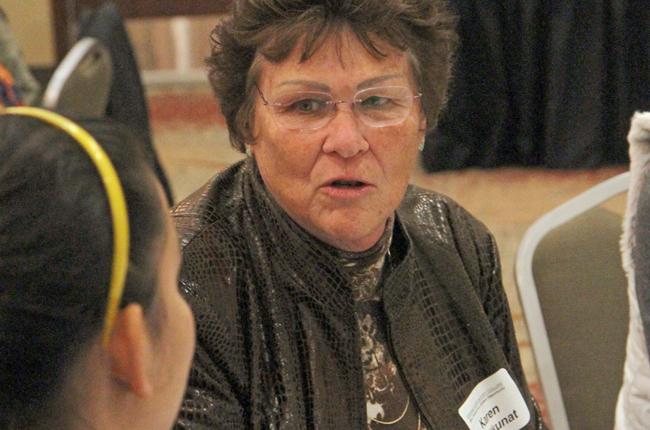 The LSC third floor ballroom was filled with dinner, drinks and debate last night as the Associated Students of CSU met with Fort Collins City Council.

ASCSU discussed the reputation some students have earned from the community.

“Residents have talked about their neighborhoods getting taken over by college students,” said Sam Block, executive director of environmental affairs.

“Students aren’t the bad guys,” he said. “Students are first class citizens in the community.”

Whether those first class citizens are respected is another issue, according to ASCSU Director of Marketing Dillon Rickard.

“I wonder whether students walking around on Friday and Saturday nights overcasts the good that CSU does in the community,” Rickard said.

Also discussed was the topic of student housing, which has become an issue in terms of affordability. Some ASCSU members expressed the concern of this community ending up as Boulder has — with very expensive housing.

Those present took into account how the recent floods have created new challenges in the housing discussion. Thousands of homes have been taken off the market, which has been a hit for the city.

Though housing is in a tentative state, the city’s transportation seems to be healthily expanding. ASCSU members and City Council members alike had positive things to say about the city’s upcoming MAX bus system, that will go into effect next summer.

Though there was a mix of negative and positive comments, all attendees agreed that every idea contributed to a healthy debate.

“This was a wonderful opportunity to casually engage in honest conversation about ASCSU and the community,” Mayor Karen Weitkunat said.