West Nile mosquitoes on the rise in Fort Collins 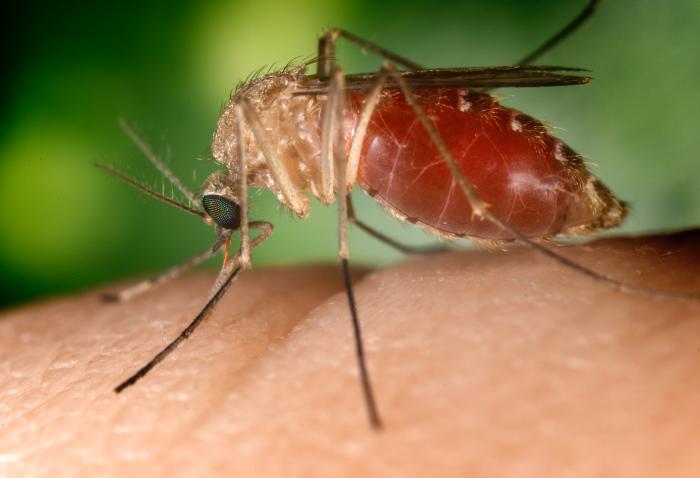 The number of mosquitoes with the potential for West Nile Virus in Southeast Fort Collins is increasing dramatically. Last week, the number of Culex mosquitoes, the type of mosquitoes that can carry the virus, in the area tripled.

However, he said the dramatic increase in just one week was unusual.

“Surges of mosquitoes typically follow a week to 10 days after flooding rains during summer,” wrote Whitney Cranshaw, an entomology professor at CSU, in an email to the Collegian.

Cranshaw said the mosquitoes lay their eggs on the edge of standing water.

“We have had a lot of moisture lately… more places for mosquitoes to lay eggs,” said Mike Weissmann, the surveillance manager at Colorado Mosquito Control.

He said this rise is largely because of the drought in Fort Collins last summer.

“(The increase is) typical as far as mosquitoes trending up, how much farther it goes, I can’t predict,” Calhoon said.

Calhoon said mosquito traps are set and analyzed every week in different neighborhoods of Fort Collins to determine the number of mosquitoes carrying West Nile.

If this number jumps, the county will make the recommendation to begin spraying neighborhoods to protect residents against West Nile.

Because of the increased number of mosquitoes, Calhoon said it’s hard to keep up with them.

The City of Fort Collins has a West Nile Virus response program in place to help monitor the level of possible West Nile carrying mosquitoes. Calhoon said they also monitor any medical cases of West Nile reported by doctors or by blood donors.

So far this year there have been no confirmed cases of West Nile Virus in Fort Collins.

“Hopefully the word has gotten out to people,” Weissmann said.

Calhoon and Weissmann both said protection is key to avoiding West Nile. Limiting time outside at dawn and dusk as well as wearing long sleeves and using repellent will lower your chances of being bit.

Calhoon said whatever way people prefer to protect themselves is fine.

Weissmann said protecting yourself with repellant should be “like wearing a seatbelt.” He said this type of protection needs to become second nature.

Calhoon said having a more coordinated outreach program to keep people informed about the virus is important. Right now there is a type of reverse 911 call system to inform people if their neighborhood is going to be sprayed.

Calhoon said the problem is students usually don’t have home phone lines, just cell phones. He said signing up for email alerts on the subject would be beneficial for Fort Collins residents.

Sign up is available for this system on fcgov.com/wnv, along with information on the number of mosquitoes with West Nile Virus in different neighborhoods.