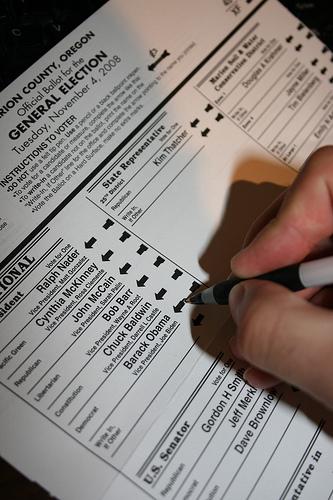 A bill recently passed by the state legislature deems state universities responsible for providing students with the option to register to vote during the general university registration process.

CSU is one of such state universities that will be adding this feature to their electronic registration process through the university’s website, RAMweb.

“There is going to be a link towards the end of the registration process that will link to the secretary of state’s website,” said Morgan Smith, director of governmental affairs for ASCSU.

From this web page, students will have the ability to click on the link and choose whether or not they would like to register to vote.

“It is giving students an opportunity to vote rather than forcing them to,” Smith said.

The bill’s purpose is to provide incentive for students to become more politically active, according to Smith.

The study states, “The United States routinely posts the lowest voter turnout rates of any true democracy in the world, and young Americans lag 15 points or more behind older Americans in voting.”

For those with some collegiate level education, these participation numbers go slightly higher with 63 percent of people voting. Comparably, only 36 percent of youth without any college education voted in the 2012 election.

Even with low participation numbers, the youth vote generally has great sway in determining outcomes.

“The youth vote was a determining factor in four swing states: Florida, Ohio, Pennsylvania, and Virginia. If the youth vote in those states had been evenly split, Governor Romney would have won all 4 states and therefore the presidential election,” the study reports.

Swing states such as Colorado increase youth voter turnouts to 58 percent according to the study.

Whether not Colorado’s new bill will change political participation in the state is yet to be determined. According to the bill text, it takes effect on August 7, 2013, which means most students won’t be seeing the voter registration option until later in the year.

“It’s too early to tell,” said Smith. “Once it is implemented, we will have a better idea of how it will work.”

Editor Skyler Leonard can be reached at news@collegian.com