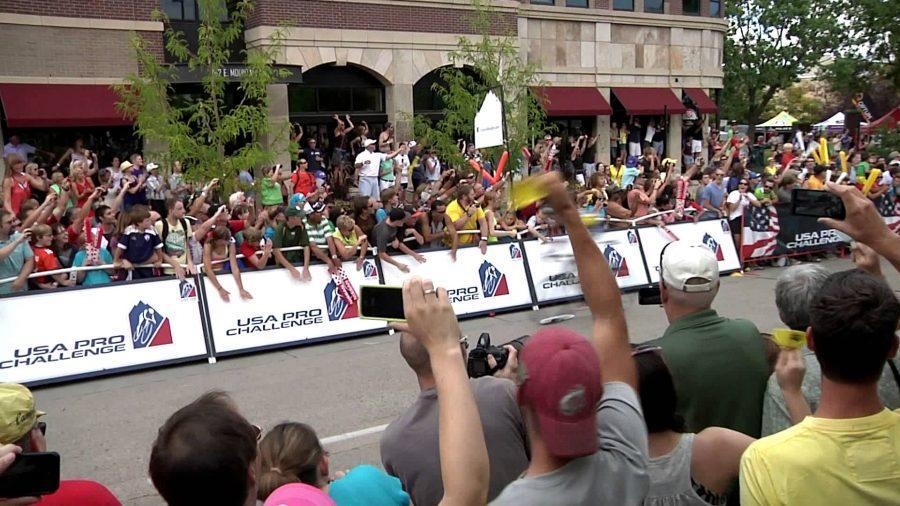 It’s unclear who was looking forward to the reunion more — professional cyclist Tejay van Garderen or the city of Fort Collins.

The two parted ways five years ago when van Garderen, a graduate of Rocky Mountain High School in Fort Collins, embarked overseas to pursue his dream of becoming a professional cyclist. He made his return Saturday, racing in the sixth stage of the 2013 USA Pro Challenge that spans the state of Colorado.

“It was incredible. The crowds today were bigger than they have (been) all week, I definitely had a lot of fan support out there on the road. It seemed like my old high school, Rocky Mountain High School, every single student was out there today,” van Garderen said. “It was amazing, I mean, I knew every inch of the road we were on today. It was just an incredible feeling.”

Van Garderen, who won the fifth stage of the Pro Challenge in Vail on Friday, retained the overall lead heading into Sunday’s final stage in Denver, where he was ultimately crowned champion of the 2013 USA Pro Challenge. His BMC racing teammates Mathias Frank and Tom Danielson finished second and third.

The sixth stage, which began at the Budweiser Events Center and spanned 115.2 miles into Estes Park before heading north to Old Town Fort Collins, was won by Cannondale racer Peter Sagan out of Slovakia, marking his third stage victory of the event. Sagan was able to catch Saxo rider Rory Sutherland, who made a sprint move toward the finish line with about 500 meters remaining.

“He was going fast. He left too early and there was too many riders on the front for the win. We start to do the sprint maybe a little bit later, but he was too early,” Sagan said.

“After I started my sprint with maybe the last 200 meters, I’m very happy to win this stage, for one, because my teammate was crashed and in the hospital still. I want to dedicate this victory for him,” Sagan said of one of his teammates who went down in the Steamboat Springs leg of the Pro Challenge.

Sagan went on to take the final sprint stage of the race, but van Garderen’s overall lead proved to be too great.

As for the 2013 Pro Challenge making a pass through Fort Collins, many see it as a huge benefit. Colorado State University was exposed to a national audience as the race was televised on NBC, as well as the partnerships between the university and the event.

“I think it’s great for the community. There’s so much of a revenue with biking; you’ve got jerseys with CSU represented on them, that’s a big deal. It’s really cool to see the school getting behind this,” said Kevin McGraw, a sophomore CSU cycling member. “I think it’s awesome for the town. There’s people coming from all around, everywhere. You’re not just getting people from Fort Collins out for this, I bet there are even people from China here. This is the biggest race in America.”