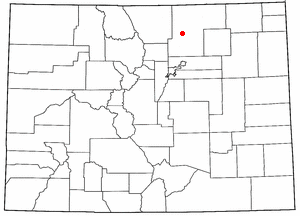 The commissioners of Weld County have proposed that they and 9 other counties secede from the state of Colorado.

“(This) would almost surely come from deep dissatisfaction with state policies that, (in their view), were unfair and working to their detriment,”  wrote Political science professor, John Straayer in an email to the Collegian. “This, along with a sense that they are helpless to reverse the policies that they believe are not in their interest.”

“We are being ignored,” Conway said. “There is a growing divide between the rural and urban counties.”

According to Conway, the final push for many counties was Senate Bill 252. The bill requires Rural Electrical Associations to increase the amount of power they produce from renewable energy sources from 10 to 20 percent.

“Those in rural Colorado worry that this will lead to significantly higher and burdensome costs for power; costs that will be hard for them to bear,” wrote Straayer.

“[This bill was] the straw that broke the camel’s back,” Conway said.

Ultimately, the decision to secede will be left to voters this November.

“The decision should involve every single resident in our counties,” Conway said.

What do CSU students think of the legislation?

“I understand that there are a lot of tensions from the past election and laws,” said Marlee Sackschewsky, president of Democrats at CSU. “People feel like they haven’t been heard.”

However, the president of Republicans at CSU had more to add.

“We don’t think secession is the solution,” President Tyler Marr said. “There are other avenues to be explored.”

“It’s up to the counties,” Sackschewsky added.

According to Straayer, there would be consequences for CSU, even though Larimer county isn’t part of the movement.

“One interesting consequence would be that farm and ranch families that have sent their kids to Colorado State University for decades would have to pay out-of-state tuition,” Straayer wrote.

“Weld county is the only county in the nation that has no debt,” Conway said. “We have $100 million in our reserve.”

Hypothetically, Conway believes that this success will transfer to the new state as well.

“When we go over the budget for North Colorado, we are over by millions of dollars,” Conway said.

With the vote in November, citizens of all the seceding counties will have the opportunity to discuss the issue.