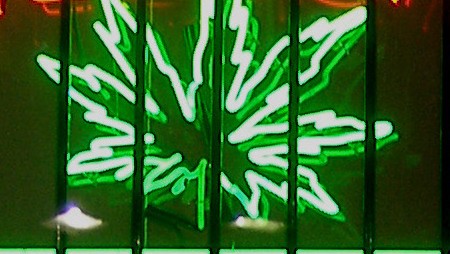 Today, U.S. Attorney General Eric Holder announced that the federal government will initially not block Colorado and Washington’s legalization of marijuana despite federal laws prohibiting it.

Gov. John Hickenlooper acknowledged the announcement in a press release today recognizing the approach taken by the Department of Justice on the issue.

“Today’s announcement shows the federal government is respecting the will of Colorado voters,” Hickenlooper stated in the release.

Holder and the Department of Justice (DOJ) also provided a memorandum for guidance on marijuana enforcement in any state with medical or recreational marijuana. Eight key enforcement areas are lined out in the memorandum including marijuana use amongst minors, preventing revenue from criminal enterprises and planting marijuana in public areas.

Thursday at a town hall meeting in Morgan Library, Rep. Jared Polis said it was relieving for the state to finally receive this guidance from Holder.

“Today is his day in the sun,” Polis said.

Polis said he was glad to see the DOJ’s new stance, but he warned that there is no guarantee for the future unless actual laws are in place. The guidance from the DOJ still provides strict words from marijuana law’s provisioned by congress.

“Congress has determined that marijuana usage is a dangerous drug and that the illegal distribution and sale of marijuana is a serious crime,” the memorandum reads.

Regardless, however, Polis said that this was a step in the right direction.

“We’ve been waiting for this for months,” Polis said.

Mason Tvert, director of communications for the Marijuana Policy Project and proponent of Amendment 64, stated in a press release that it was a historic step towards ending marijuana prohibition. Like Polis however, Tvert isn’t satisfied until laws go through Congress.

“We applaud the Department of Justice for its thoughtful approach and sensible decision. The next step is for Congress to act. We need to fix our nation’s broken marijuana laws and not just continue to work around them,” Tvert said.

The DOJ’s decision came a day after an event, “Marijuana in the Community,” a panel put on by The Coloradoan with local experts voicing their views on the issues surrounding marijuana.

Tvert, was at the event along with Joshua Kappel, deputy director of Sensible Colorado.

“It allows us to move forward on this path to creating this robust and stringent regulatory regime and perhaps giving us a little bit more guidance of which areas to focus on,” Kappel said reacting to the DOJ’s announcement.