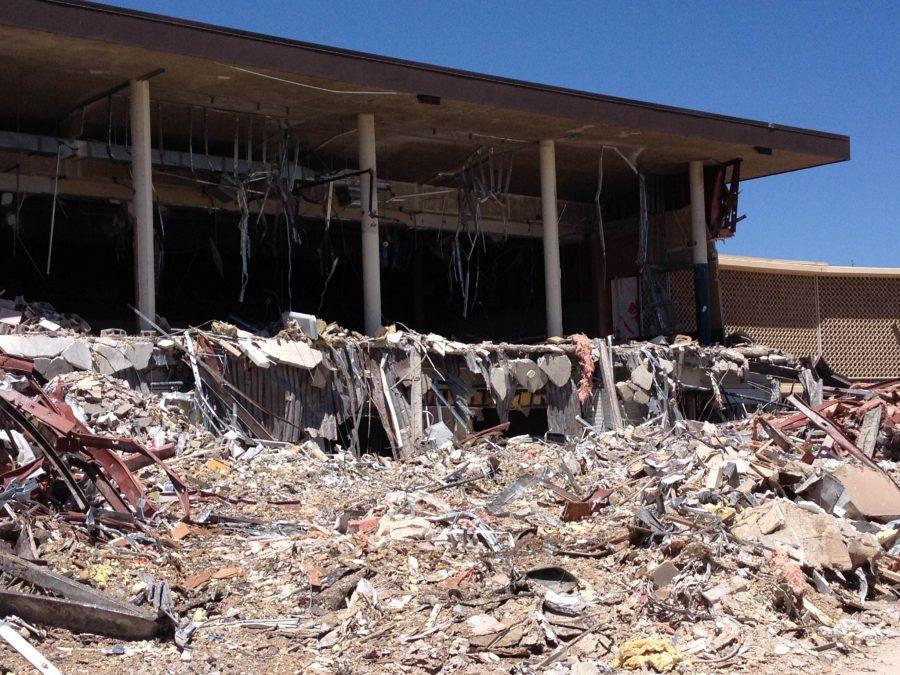 In the past year and especially since the end of the Spring semester, much of the CSU campus has been transformed into a construction zone, including the Lory Student Center, several dorms and dining halls, and Moby Arena.

Students can expect to see both completed projects and construction still in progress when returning for classes at the end of August.

According to Mike Rush, assistant director for Facilities Management at CSU, Parmelee Hall is complete and ready for occupancy with an additional fourth floor — 120 new beds — and a new lounge, common study space and “extensive landscaping and site improvements.” New exterior dining areas have been added to Durell Dining Hall as well.

A portion of the construction on Moby Arena is complete, including a training and physical therapy addition on the south side, with the lower level of the facility ready for occupancy, according to Rush.

“Interior improvements on the main level concourse including CSU branding and graphic elements will continue through the fall semester,” Rush wrote in an email to the Collegian.

“We’re working towards completing the tenant finish of a remaining portion of the second level incrementally as funding becomes available,” Rush wrote about the Scott building.

One major project still under construction is the Lory Student Center — still on track to reopen before fall semester 2014, according to Mike Ellis, executive director of the LSC.

“(The contractors have) made tremendous progress — mostly related to demolition,” Ellis said.

While most progress made over the summer has been demolition, Ellis said decking has been poured for the ballroom extension.

“You begin to get an idea of the expanse of the new ballroom,” Ellis said.

Students returning to campus will be greeted by a LSC Plaza that doesn’t look much like the one they remember. Ellis said the demolition and work on the plaza is related mostly to utility support — reconstructing 50 years of utility additions and changes.

Other than demolition and the ballroom decking, other progress has been made on the Ramskeller and microbrew addition, and the food court. However, these will not open until the entire building reopens in 2014, because it would be too challenging to coordinate fire alarms, occupancy codes, and more for only a part of the building, Ellis said.

In the meantime, students will be able to get food from T-Lex, Temporary Lory Express — formerly T-Dex, or Temporary Durell Express — and food trucks on Pitkin Street between the Chemistry and Education buildings. Food trucks will include Ba-nom-a-nom, Common Link, Umami, B’s Breakfast Cart and La Piadina, according to Ellis.

“Our focus has been getting offices relocated to be fully functional during the summer,” Ellis said of progress made on the LSC Revitalization project.

“Once people understand what we’re doing, I think they have a better appreciation for what we need to replace — the aging shell of a building,” Ellis said. “Essentially what we have is a skeleton of a building.”

Ellis said their motto for the project has been, “If we’re going to do this, let’s do it right.”

Ellis said the temporary Ramskeller Hall is open now, and the new RamTech space will be open before classes begin. Updated information is available at http://www.sc.colostate.edu/renovation.aspx.

According to Rush, other projects remaining under construction include the new classroom and office addition at the Behavioral Sciences Building, which will be ready for spring semester classes in January 2014; Laurel Village, the residence hall project located just east of the towers on Laurel Street, which remains on schedule for occupancy in July 2014; renovations and additions to the existing Animal Sciences building, with scheduled completion during the spring semester 2014; and a small addition to accommodate graphic arts at the Visual Arts building that is nearing completion.

“In the spring semester 2014, we plan to start construction on a phased renovation with possible additions with plaza improvements at Eddy Hall,” Rush wrote. “Also scheduled to start construction this spring is a significant addition to the existing Avenir Museum of Design and Textiles located at the University Center for the Arts.”