CSU students try to move on from April riot 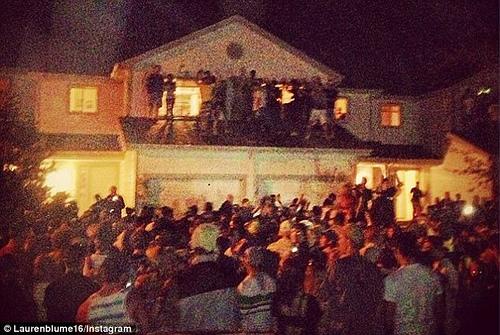 April 27, hundreds of people attended a party in the Summerhill neighborhood that ended in riots and police presence.

Almost four months later, 15 people, eight of whom are CSU students, have been charged with nuisance gathering, inciting a riot, engaging in a riot, disorderly conduct and unreasonable noise.

It was a week after the party when Jeremy Smith received a call from Fort Collins police telling him that he was being charged with nuisance gathering. Smith and his two roommates were charged $550-$850 in fines because the party was in front of their town-home complex, according to Smith.

“(The process has) been annoying,” Smith said. “I understand that law enforcement has to do their job, and I understand the process, but I didn’t try to start a riot. (My roommates and I) didn’t plan the party and we weren’t part of the riot, but we just lived there.”

According to a source at Fort Collins Police Department, some people were charged the night of the party, while others were identified through video and charged later.

For Tyler Loendorf, he wasn’t charged with nuisance gathering until weeks after the party occurred.

“I got my ticket about two weeks after the party,” Loendorf said. “It was pretty hard, with my name thrown around through the media, so I met with the district attorney and took my case to trial. I plead not guilty in court and won.”

With the trial behind him, Loendorf hopes to start over from this incident.

“The best way to move forward is to keep my name cleared through the media and start with a clean slate this upcoming year,” Loendorf said.

“(My best advice for anyone in this situation is) don’t put yourself in a bad situation and if you feel like you are in a situation where you aren’t guilty make sure you speak up,” added Loendorf.

According to Emily Allen, community liaison for Fort Collins and CSU, the reason the party got so large was the use of social media to promote it.

“When opening a party to social media, you may think that it’s private, but people can share the information,” Allen said. “What happens is that people (the party hosts) may not even know or want there may come.”

Allen says that knowing who is at your party will increase chances of not getting in trouble by the law.

“Don’t let people you don’t know so it won’t get out of control,” Allen said. “The biggest problem that happens is that roving group that searches for parties. If you don’t know them, don’t let them in because they don’t care if you get ticketed.”

A source at Fort Collins PD advises anyone who is at a party where cops become involved should leave immediately instead of staying to see what happens.

“Even though it is usually a small percentage that causes the problem, staying is an issue if the cops show up,” said the Fort Collins PD source. “(If you leave) it takes away the steam to cause problems because they don’t have an audience.”