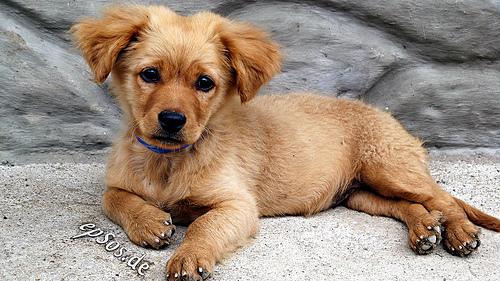 Over the last few years Fort Collins has experienced some natural disasters that have changed how people think about their lifestyle. Many people have developed plans of what they will take and how they will leave, but what about the four-legged friends that can’t fend for themselves?

CSU veterinarians, along with social workers and CSU Extension agents, are working on a project to help pet owners plan for disasters, so pets can be safe in case of wildfires, tornadoes, floods, blizzards and other disasters.

According to a news release from the University, the U.S. Department of Agriculture gave a $100,000 grant to support the project.

The project focuses on different communities throughout Colorado developing plans for pet evacuations in case of an emergency. Karen Crumbaker, a CSU Extension agent, said meetings for development started in February.

“The goal of these meetings was to determine what the needs were from the various entities to better help them deal with animal emergencies,” Crumbaker wrote in an email to the Collegian.

“They wouldn’t even think something weird would happen and they need to take care of their pet,” she said.

Adams said a lot of the problem with preparing for disasters is the fact that not a lot of responders know what to do with the animal aspect.

“Not one size fits all,” Adams said when referring to disaster response.

“The purpose of an animal emergency plan is to protect people, animals and property during an emergency situation by ensuring the effective evacuation and care of pets,” Crumbaker said.

The plans are a bottom up approach that starts from the county level. Adams said once one level is overwhelmed, it moves to the next level.

Even with the High Park Fire last year, both Crumbaker and Adams said they believe Larimer County was prepared.

“Work together well, work hard, that’s all you can do in a disaster,” Adams said.

“What I found my role to be following such a devastating emergency event, is looking at what could be done to improve the plans that are already in place,” Crumbaker said. “Bringing key people to the table is the first step in building a cohesive plan.”

Last year FEMA approved federal legislation that requires every state to have pet disaster plans in place. Adams said she hopes Colorado will be an example for the Intermountain West.

According to the news release, CSU plans to protect your pet in a disaster include:

-Prepare an emergency kit for your animals that contains three days of food and water, bowls, leashes, medical history, proof of vaccination, and medications

-Form an evacuation plan that may be executed if and when it’s needed, and keep the plan updated

-Know your neighbors, and share your plans with them and others who might be appropriate. Remember that disaster may strike when you are unable to reach pets at home, so advanced preparation is important.