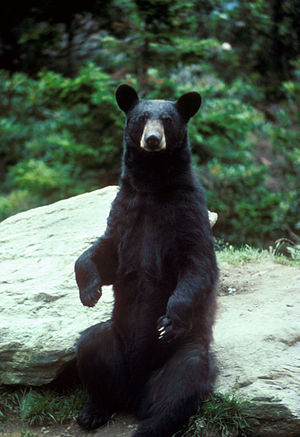 Just the other day I had a black bear run in front of my car leaving the Mountains and was fortunate enough to have only crossed paths with it on the road. However a 72 year old woman from Minesotta was not as lucky.

According to outdoor news the woman was bitten and clawed by a 190lbs sow bear before it and its three yearlines left the property. Fortunetly while the womans injuries were significant they were not life threatening. Later on a conservation officer shot and killed the animal after it charged him.

If you live anywhere that is near the wild outdoors as most of us here in colorado do you might want to pay attention to these tips on how to avoid bear attacks.

They can also be found online from the National Park Services website.

First bears don’t like to be surprised so make noise when your out hiking in bear country. Calling out “hey bear” or other types of noise will help prevent you surprising the animal.

Second hike in groups because larger groups will help create noise and will have the added benifit of providing you help if there is an injury on the trail.

Third carry bear spray if you know you are going to be in bear country. Bear spray can be found at most outdoor sporting goods stores.

Finally stay with you food when hiking allowing bears to eat human food can cause them to become agressive. Never leave food when retreating from a bear.

Stay safe and keep a look out when enjoying the outdoors.