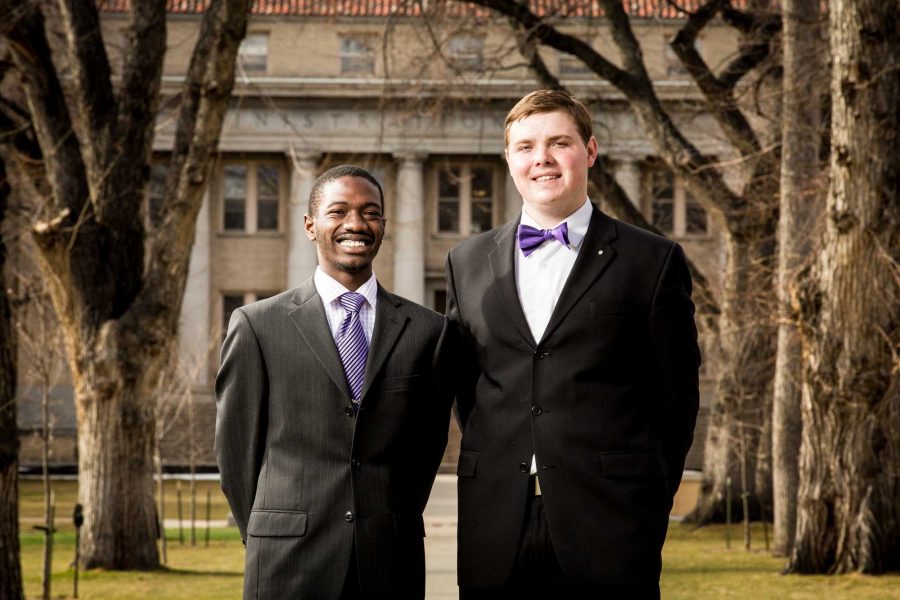 “It was about getting a lot of student government together to voice an opinion,” said John Stockley, ASCSU chief of staff. Daniels was out of the office and could not be reached for comment.

“In Washington D.C., Nigel Daniels and I met with over 120 student body presidents from all over the country to discuss national issues,” wrote Juan Cubillo, student body president for FGCU, in an email to the Collegian. “We discussed immigration policy, especially regarding our students who come here on a student VISA and then are forced to go back after attaining their degree. We talked about student loan interest rates and how to take action to keep them from doubling. We also spoke about issues going on within our universities including student involvement, state funding and more.”

On July 10, members of FGCU visited CSU while on a trip to Colorado for a conference in Denver, Stockley said. During the visit, ASCSU set up a tour of the CSU Rec Center.

“FGCU is interested in expanding our gym and we took away a lot of ideas to take back with us for the expansion,” wrote Kendall James, community outreach officer for FGCU student government, in an email to the Collegian. “The indoor pool with the lazy river was an amazing amenity, as well as the indoor track and the beautiful rock climbing wall! CSU has beautiful amenities and a very different atmosphere than FGCU.”

“They were very impressed by it,” Stockley said.

During the visit, Stockley said they also discussed the student fee process at CSU compared to FGCU, and Ram Ride Director Chelsey Green spoke to the FGCU students about Ram Ride.

“We have 11 state universities and each student body president is a voting member of our Board of Trustees,” Cubillo wrote. “Together, we sit on the Florida Student Association and we represent over 330,000 students in Florida as we meet with the Governor and state legislators about issues that affect us across the state. Nigel liked that idea so we can continue to discuss how Colorado can adopt a similar process.”

Stockley said implementing something similar in Colorado would be a gigantic change.

“It’s constitutional differences but there are ways we can learn to have more of a student presence at a state level,” Stockley said. “Tuition is probably the big one because we talk fees here at the school and local level.”

In addition to the conference and FGCU visit, ASCSU has attended orientation fairs all summer to get the word out about ASCSU and Ram Leadership Team to incoming freshmen, and has been preparing for Grill the Buffs before the Rocky Mountain Showdown.