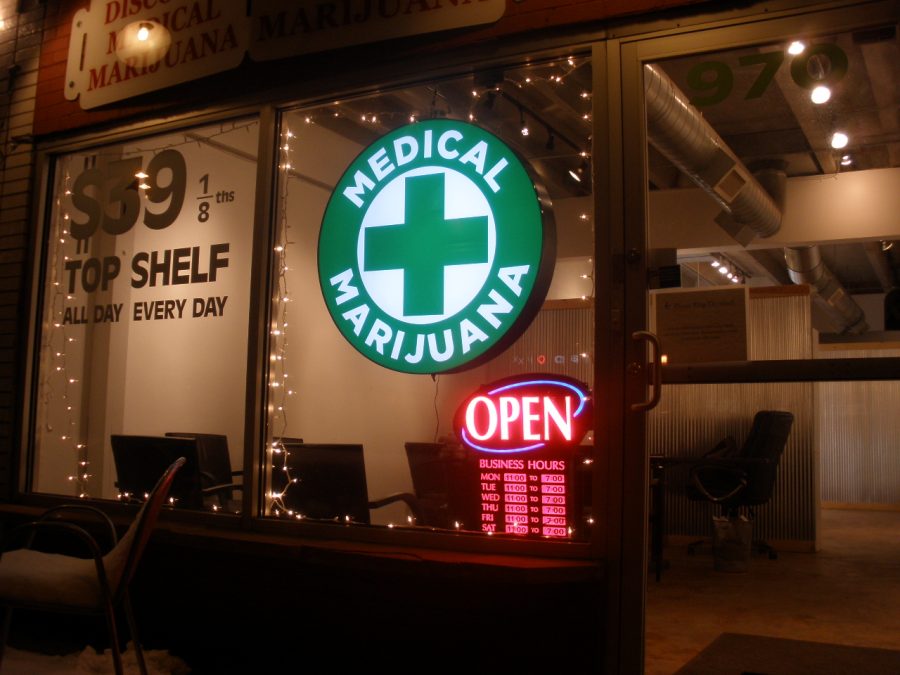 Community members gathered Wednesday night to discuss the impact of legalized marijuana on Northern Colorado. A panel of six experts fielded questions from 91 members of the Fort Collins community with 190 viewers tuning in via live stream.

“We are all here because we believe in making this community a great place,” said Joshua Awtry, Executive Editor of The Coloradoan — the organization who served as host of the “Marijuana in the Community” discussion.

Panelists ranged from the Larimer County Sheriff to the Marijuana Policy Project’s Director of Communications to an Addiction Specialist.

“I’m really glad to be able to hear both sides of the issue,” CSU alumni Tori Queen said. “That the community can hear both sides and ask questions about what’s important to them based on personal experiences.”

Larimer County Sheriff Justin Smith, who taught corrections at CSU, said despite the drug being legal, students would still face disciplinary action from the university.

“CSU is banning the substance from campus,” Smith said.

According to Joshua Kappel, Deputy Director of Sensible Colorado, the current status quo has failed.

“Our whole war on marijuana has been counterproductive,” Kappel said.

After informing those in attendance that he was on the panel as an impartial contribution to the discussion, Physician and Addiction specialist Dr. Jeremy Dubin said now that Amendment 64 has passed, “we need to move forward,” Dubin said, asking, “How can we navigate the end of marijuana prohibition in a safe way?”

He continued by adding his professional opinion as an addiction specialist.

“As far as being potentially dangerous, I think it depends on the user,” Dubin said.

Agreeing with Dubin’s professional analysis, Director of Communications for the Marijuana Policy Project Mason Tvert said that Amendment 64 was created to solve the problem of regulation and now it’s a matter of enforcement.

“It is important that we regulate it responsibly and solve the problem we set out to solve,” Tvert said.

When panelists became heated over the issue of the presence of marijuana in schools he interjected, saying, “We all care about the children, we just have a different view of what will protect them,” Mason Tvert.

Each panelist had a strong viewpoint on the issue and how it would affect the youth of Fort Collins.

“I’m a parent of four young children, I campaigned for Amendment 64,” said Robert Corry, marijuana attorney. “If I thought it would hurt them, I wouldn’t have done it.”

Most panelists could agree that the issue now lies in regulation.

Panelists also agreed that regardless of personal opinions it is important for our community to move forward together.

“To say let’s just never progress on this issue because some people in the state are behind is just foolish,” Mason Tvert said.