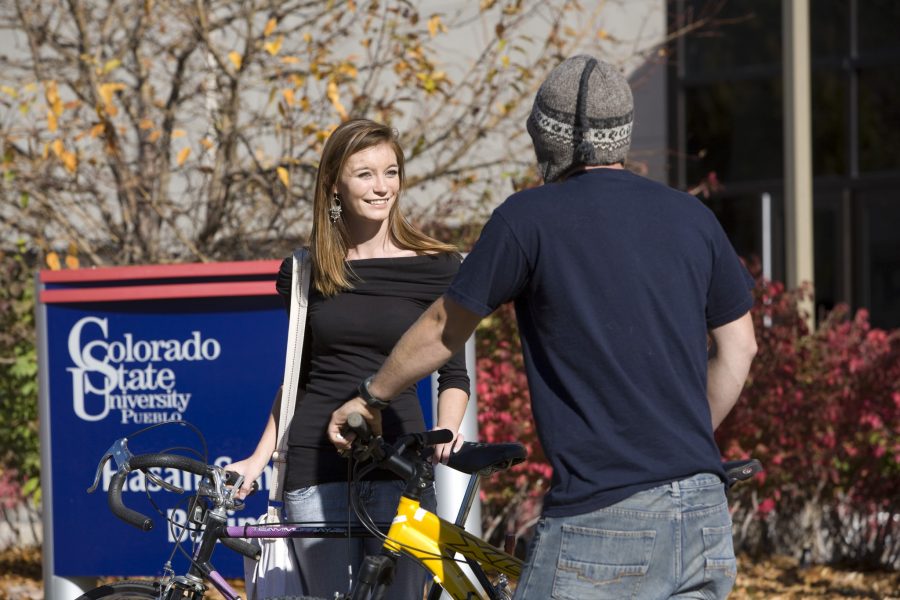 CSU-Pueblo tuition rates are remaining the same for 2013-2014, to encourage students to continue attending the University. Photo courtesy of CSU-Pueblo

While tuition was raised in Fort Collins, Pueblo tuition rates remained the same – but at a cost.

In recent years, according to the Colorado State University Board of Governors’ financial report, the CSU system has seen a state funding decrease from $147 million to $103 million. In efforts to lessen the gap, $30 million in new funding was added from a state funding reserve.

“I have been here a year and a half, and I looked at the increases of tuition and I just felt that for this year, we should have some relief for our students,” said Lesley Di Mare, president of CSU-Pueblo. “So we talked with the students, faculty and staff about it, and they agreed. We just want the students to be able to get through school.”

According to Di Mare, the shortfall is primarily due to enrollment.

CSU-Fort Collins tuition rate increases can be traced to several outlets across campus. It was reported that salaries and benefits will see an increase of three percent, along with an investment in quality enhancement of “key academic areas and need-based financial aid to support the Commitment of Colorado.”

“This year’s budget is good news for students and our employees, because – after several very difficult years – we’re going to be able to make investments in academic programs, financial aid, student support initiatives, campus safety and more,” said Tony Frank, president of CSU in Fort Collins, in a Board of Governors press release. “We’re even going to be able to give our faculty and staff a raise, which we weren’t able to provide for several years during the economic downturn.”

Conversely, CSU-Pueblo is willing to consider mandatory furloughs and layoffs to accommodate the 2013-2014 budget.

“We have reduced redundant positions, and we are just trying to have efficiencies and effectiveness…,” Di Mare said. “So if you have more than one person doing similar types of job duties, you need to look at that and be more efficient.”

CSU-Pueblo tuition is remaining the same for other financial reasons as well.

“We just asked for faculty and staff to tighten their belts a little in their departments,” Di Mare said. “Also, the state gave the system some money, and we received a part of that money.”

So with previous year increases, Di Mare found that keeping tuition the same would be the right choice for the 2013-2014 school year.

“For every dollar you raise tuition there is a correlation with how many students may not come back…,” Di Mare said. “Obviously, some students may not come back to school if tuition keeps increasing. So you have to measure all of that and decide if raising tuition would actually hurt you more, that is one consideration. The other consideration is that you are hopeful that our students can stay in school.”

Content producer Logan Martinez can be reached at news@collegian.com