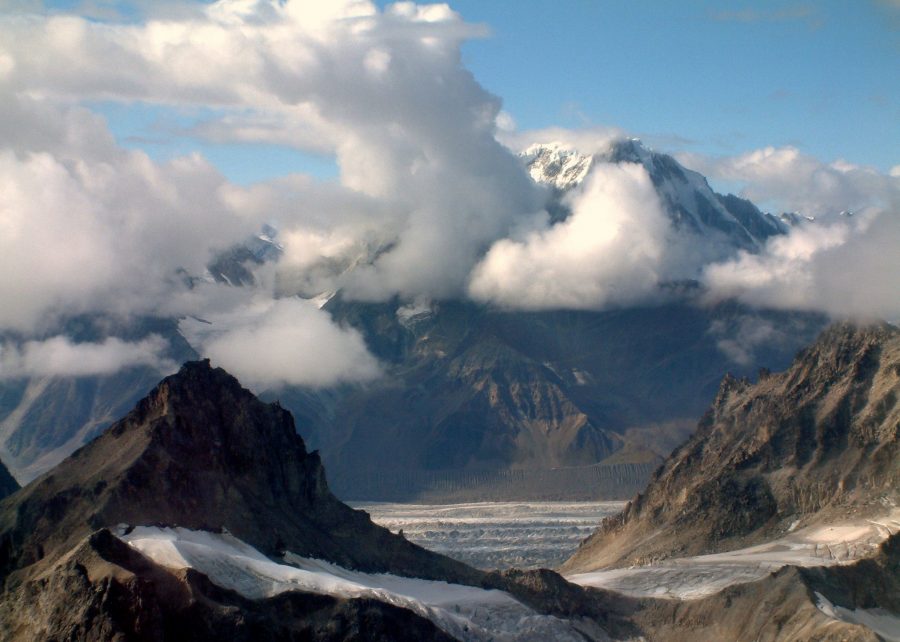 After the recent terrorist attack on Nanga Parbat, two mountain climbers cancelled their trip to Pakistan, and instead are climbing the east buttress of the Angel. According to Alipnist.com article  “Mugs Stump Winners Trade Pakistan for AK,”by David Crothers and Scott Bennett, Bennett and Graham Zimmerman spoke with Clint Helander, “the godfather of modern Revelations climbing,” before choosing which climbing route to traverse.

“We flew in with Talkeetna Air Taxi on their new R44 Helicopter piloted by Will Boardman,” Bennett wrote. “Lack of snow for a ski plane landing made the helicopter essential, so we’re very thankful to Will and TAT for their help. It should be mentioned that landing a helicopter in Denali National Park is illegal, but the Revelations are outside of the park.”

To find out how their traversing journey went through the Revelation Mountains of Alaska, read the full article on Alpinist.com.