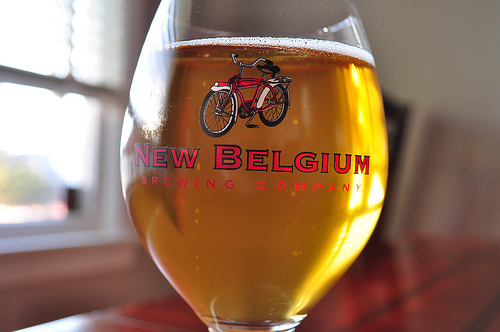 Fort Collins based New Belgium Brewery is looking to expand its consumer basis by offering their product in nearby Utah.

According to a press release from the brewery, New Belgium has signed a contract with eight distributors to provide their product to Utahans in the near future.

As for the product lineup to be offered, that is still in the works at the New Belgium headquarters in Fort Collins.

“Although the exact brands from New Belgium’s portfolio are still being determined, 12-oz. packages of Fat Tire will definitely be in the mix,” said Jenny Foust, a New Belgium spokesperson.

“We are really excited about some of the recent legislation in Utah that gives us the peace of mind we need to ensure the quality of our beers will be held to our high standards,” said New Belgium Brewing Sales Co-Pilot, Brian Krueger. “Since we’re based in Colorado and share a border with our friends in Utah it only makes sense that we can now share a beer with them as well.”

Utah is not the only state to gain New Belgium brews. Florida will receive their first shipment this week, followed by Delaware. British Columbia will start distribution in September.

New Belgium Brewery is currently distributed in 31 states, including the District of Columbia.