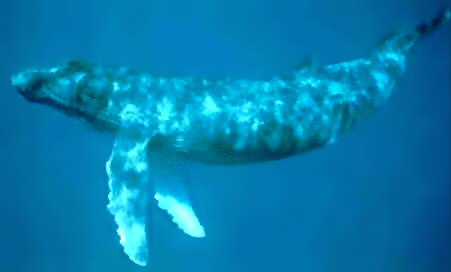 Man and beast share a bond in the water this summer. According to an article on Mail Online by Helen Collis, Adrian Colaprete, who was out fishing in Rudee Inlet, Virginia, dived into the water, armed with a knife and go-pro camera mounted to his head.

“It wasn’t ‘uncommon’ he said to see whales in the area, but when he realised it was a right whale his interest was piqued,” Collis wrote. “Right whales are rarely seen since they were hunted almost to extinction in the 19th century. According to the National Oceanic and Atmospheric Administration, there are thought to be only 400 in existence.”