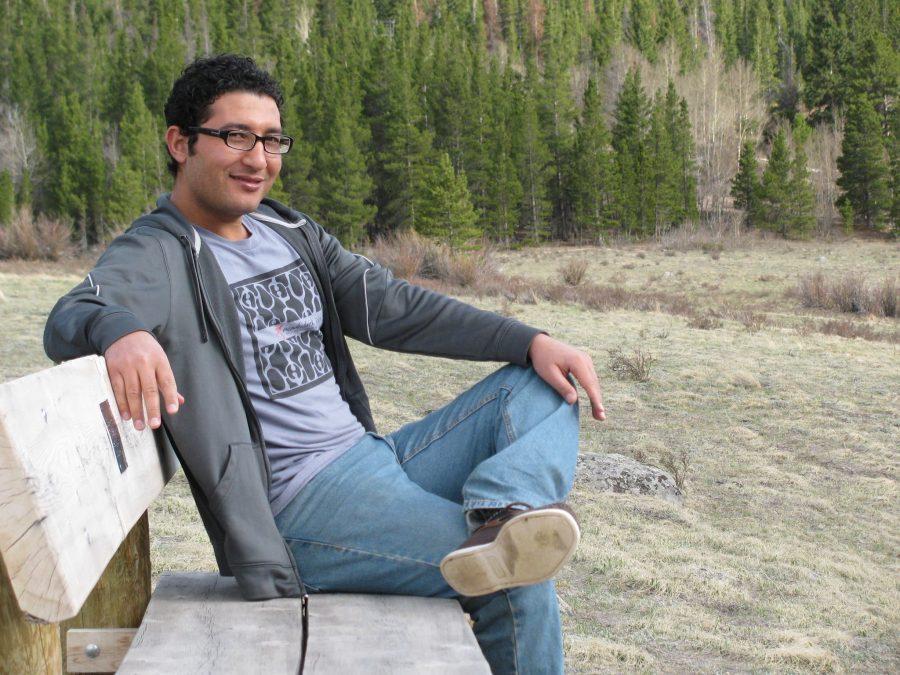 Note: Corrections to this article are noted in the body of the text.

“I had to carry dead and injured colleagues in Tahrir Square myself,” are the courageous words of the man who could be sitting next to you. CSU Plant Breeding and Genetics doctorate student, Wahid Awad, is a prominent political activist with an agenda to end the continuous political turmoil in Egypt.

“I was born in a small village in the Egyptian governorate, Behira, to a very big family where my father was farming and my mother was a housewife,” Awad said. “In 2000 I joined the College of Agriculture at Cairo University to study international agriculture. I was banned from participating in official elections for the Student Union because of my political activities and my participation in demonstrations.”

Awad is the co-founder and spokesman for the Union of Young University Staff, Minister of Planning and International Corporation  in the Shadow Cabinet, the cabinet representing the youth of the revolution, and Assistant Lecturer at Cairo University.

Awad explained their “100 reasons to rebel”: political corruption, no freedom of speech, poverty, poor education, manipulation of elections and torture of civilians, which soon led to the 2011 Egyptian Revolution.

“The revolution became my life and my dream,” Awad said.  “What we thought would be a few thousand turned out to be millions of Egyptian people on the streets.”

With this exceptional turnout, Awad realized their power, leading to the proposal of the resignation of Mubarak. Awad explained the Tahrir Square protest began peaceful, but soon turned extremely violent. During the revolution, roughly 1,000 “martyrs” were killed and thousands more injured by Mubarak’s police forces. (Corrected from previous draft, which referred to the forces as Egyptian military.)

On Feb. 18, the president stepped down from power, leading to the biggest celebration in Egyptian history. In the calmer months that followed, Awad made the difficult decision that landed him in Fort Collins. (Corrected from previous draft, which referred to the president as prime minister.)

“It was so hard to leave, but I knew it was good for my country (for me) to leave and get a good education, to come back and lead again,” Awad confidently explained.

He has maintained his deep involvement with the revolution through social media platforms, writing for the Egyptian newspaper and frequent meetings with Egyptian politicians but has delved into American culture by immersing himself though CSU organizations such as the Global Ambassadors Student Organization and SLiCE.

“I absolutely believe he has the potential to be successful with his political aspirations,” Mongelli said.

Awad, recipient of CSU’s College of Agriculture and Academic Excellence TAK Award, was elected as Department Representative, Senator for the present graduate school, Vice President of External Affairs and selected for Director of Graduate Student Affairs, and — believe it or not — he still has time for a social life as a brother of the Theta Chi fraternity.

“He’s very level headed and calm,” said Theta Chi President Ryan Weir. “He’s a great listener, he evaluates situations before he acts on them, which I think is a great quality for someone involved in international politics.”

As for the future, Awad has a vision.

“I want to create a world full of social justice. Specifically, I want to help accomplish the goals of the Egyptian revolution,” he said. “I want to see Egypt as the number one country in the world in respect to social justice, human rights, freedom of speech, and education.”

He strives for a youthful government, all under the age of 40, believing that the power resides in the youth of Egypt.

“The youth have all the abilities to be able to lead our country. We have the energy, education, dreams; we are not corrupted yet as young people,” Awad said.

After the completion of his Ph.D. at CSU, Awad aspires to run for the Parliment Elections as a “medium term goal.” In 10 years time, he dreams to achieve his highest goal: to act as president of a youthful government to guide the nation out of political turmoil and into the light of social justice and human dignity.

“We just need the chance to do it,” Awad said.

Content producer Sarah Prinz can be reached at news@collegian.com.