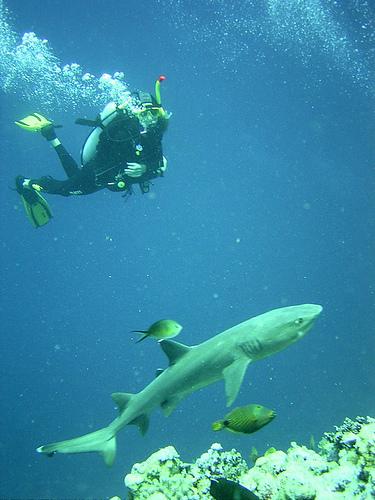 A 15-year-old girl has died after a shark tore her in two. The girl was swimming off a beach on Reunion, a French island in the Indian Ocean.

According to Sky News, “The victim is understood to have been less than five meters from the shore at the bay of Saint-Paul, northwest of the island, when she was attacked at around 2.30pm local time.”

Gina Hoarau, the director of public safety in Saint-Paul, told Sky News “Part of her body was carried away by the shark.”

“The conditions of the attack are surprising. You wouldn’t think that a shark would get this close to the shore,” she added.

The teenager, who lives in mainland France with her mother, was on holiday visiting her father who works at a yacht club in the area.

She was snorkeling in an unsupervised area where bathing is forbidden due to high shark numbers, officials said.

A friend was snorkeling with the girl but managed to swim back to shore and emergency services including lifeguards, firefighters and a police helicopter were called to the scene.

This is the second deadly shark attack this year off the French island, situated east of Madagascar, and brings the total of shark-related deaths there since 2011 to five.