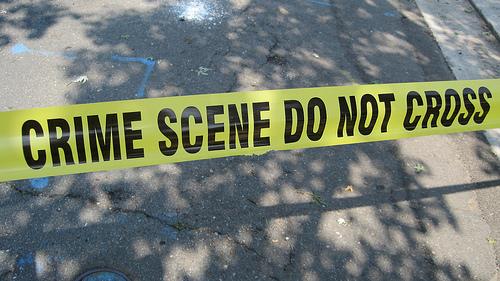 Every 14.9 hours a house is robbed in Fort Collins, according to the Fort Collins Police Department’s 2012 Crime Clock. Many of these houses are rented to students who leave during the summer, a time when the number of burglaries rise, according to FCPD.

Callie Morgan, a CSU senior apparel and merchandising student, was a victim of this crime. On June 14, her roommate went to their house on Westward Drive and discovered someone had been inside their house.

The backdoor was left open and nothing was taken despite there being two nice televisions in the house.

“They were just causing trouble, looking for adrenaline,” Morgan said.

Despite nothing being taken, Morgan said she does feel uncomfortable in the house now.

Her bedroom window was broken into, which is allegedly how the burglar got into the house. According to Susan Vance, FCPD’s crime prevention specialist, this is unusual. Burglars prefer quiet break-ins, she said.

When trying to determine the exact number of student homes that are burglarized, there was no clear answer.

“There is no way to determine if a home is vacant, temporarily or not, due to a ‘student’ living there,” Lori Frank, FCPD’s crime analyst, wrote in an email to the Collegian.

Frank explained that burglaries are broken into two separate categories: residential and commercial.

“We have not had any problems with theft so far this summer…I don’t have a specific number of burglaries but it has only happened a few times,” wrote Phil Ray, Marketing Director of  Vantage Properties, one of the biggest student housing suppliers, in an email to the Collegian.

The best way of preventing burglaries Vance warned is for students to be wary of their house and surroundings.

These opportunities include unlocked doors and windows, open garages and loose strike plates. Vance also said its important to lock your doors even if your roommates forget their keys.

She said this is especially important for women because men could walk into a house and a burglary could easily turn into a sex crime. Morgan said this is one of the things she is most afraid of after the break in.

Vance said there are a few things you can do to prevent a burglary: ask a trusted neighbor to keep an eye on your house, make the house looked lived in, take prevention steps such as a motion light or timers on lights inside the house and take inventory of things in your house.

Unfortunately, even when all these measures are in place, like in Morgan’s case, things still happen.

“I never thought this would happen to me. I felt like I was in a safe place,” Morgan said.

Morgan said she keeps an eye out for, “shady looking cars.”

She also mentioned looking into getting a handgun for the house to make sure her and her roommates are safe.